What is a Trojan Virus? Ravi Bahethi, President of Terranet, Inc., Explains

Computer viruses are a harsh reality, mainly if you use the internet for gaming, shopping, or banking. Since almost every computer user does some or all of these, it’s no surprise that there are so many malicious programs meant to invade your PC, causing all sorts of problems and security risks. In this article, expert programmer and systems engineer Ravi Bahethi covers information about Trojan viruses, which are among the most destructive viruses ordinary users encounter. 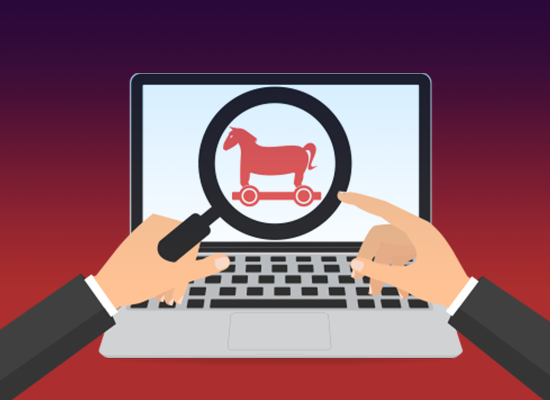 Trojan viruses are also known as Trojan Horse viruses, named after the famous attack strategy of hiding soldiers inside a seemingly innocent container to invade a secure castle. Likewise, Trojan viruses are disguised as legitimate and safe software. Cyber-criminals design Trojan viruses to look harmless from the outside while hiding programming code inside the virus that will install itself inside the victim’s computer. Once installed, the malicious programs allow the hacker to access various programs and data inside the host machine.

There are many types of Trojans, including backdoor Trojans, that allow complete remote access to a computer so that a hacker can download files, steal data, and execute programs without an owner’s knowledge. Exploit Trojans are viruses designed to attack vulnerabilities in specific programs, including banking and credit card applications. Rootkit Trojans are specifically designed to conceal other Trojans and malware previously placed inside a computer’s system. Other Trojans are designed to facilitate further Trojan downloads in order to update malware or to infect other devices on an infected network. Trojans can also create distributed denial of service (DDoS) attacks on computers to compromise or disable a computer’s ability to properly function. Hackers can use these attacks to demand ransoms for removal of the Trojan virus or to cause functional problems in a victim’s network.

However, Ravi Bahethi warns, a Trojan does not necessarily need to disguise itself to exploit you and your computer. Many legitimate softwares, such as fitness apps and dating apps, collect your information and can sell it. This is legal; when you sign a licensing agreement before using an app, you often unknowingly give your consent. Once you upload your data to these sites and apps, it is no longer your property.

How To Detect a Trojan Virus

Any traditional symptoms of malicious software infection can be an indication that a Trojan attack has occurred. Infected computers and mobile devices often begin to run much slower than usual and crash more frequently than expected. Programs may start to run themselves unexpectedly, and applications may open and close without being actively initiated. Browsers and email servers may also begin showing increased pop-up and spam interruptions. The best way to detect if a system has been infected is to run up-to-date and thorough antivirus software to determine if any unwanted programs have been installed.

How to Prevent Trojan Attacks

As always, prevention is the best cure when it comes to criminal cyber-attacks. The first line of defense is a powerful antivirus program and a secure firewall. Antivirus software should scan your entire system frequently and immediately provide alerts of any suspicious activity. Other common-sense preventative measures include never downloading or installing software or any .exe file from any source that is not known and completely trusted. Attachments of any kind received on emails or other messaging systems from unknown senders should never be opened or even clicked on. Any unnecessary programs should be removed from system computers and devices, and any software that is kept in place should be regularly updated to be sure that all available security updates and patches have been installed.

Ravi Bahethi is a systems engineer and programmer with a strong interest in all things technological. He works hard to provide his clients with customizable and cost-effective solutions and protections against cyber attacks and other threats. He has a keen interest in helping others learn programming skills as a way of both sharing and sharpening his expertise. To relieve some of the pressure of managing Maryland-based company Terranet, Inc., Ravi enjoys taking long walks and playing tennis.