How Does RAM and ROM Affect Computer Speed?

PCs have come from far. The very first personal computer designed by John Blankenbaker run at a clock speed of 1MHz. In contrast, the latest Core i9 model operates at a whopping 2.3GHz and can boost up to 5.3GHz. Today’s computer can process upwards of 100 billion instructions every second vis a vis the old models that could only handle about 90,000 instructions. 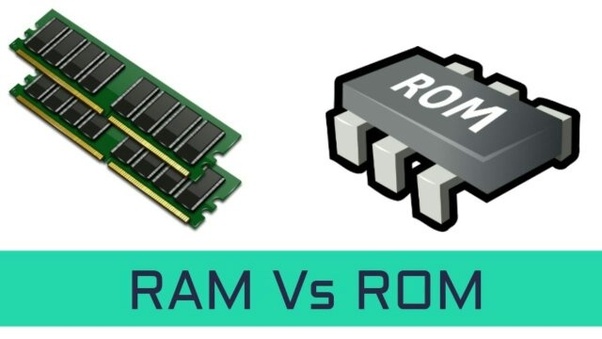 Speed is everything in a computer. The faster your PC is, the more instructions it can execute and the convenient it is. Whether you are trading Crypto, scrolling through the web, playing a game, or watching a YouTube video, you need a machine that can handle it all in record time.

A PC’s performance is mostly determined by the CPU and graphics card but the memory is a huge factor as well. Here’s a rundown of how RAM and ROM affect computer speed.

The simple definition of RAM is temporary storage. It is where the CPU stores data used to run the operating system, processes, and software programs. This data is lost when you switch off the power supply to the laptop or desktop computer. When you launch a program, the CPU sends instructions to the hard drive to release the files.

Once retrieved, the PC needs a temporary place to manipulate the data and display it to you. This is where RAM comes in. Files stored in the RAM can be quickly and easily accessed by the CPU. Since it doesn’t have any moving parts, RAM is impressively silent. It also uses less power compared to disk drives. Finally, temporary memory extends your battery life and helps reduce carbon emissions.

Both the capacity and speed of the RAM are directly proportional to the overall speed of the PC. Let’s take a look at how each affects speed.

Read-only memory (ROM) offers permanent storage for directions needed to boot the computer. It can achieve this by storing firmware for the computer hardware. This is the type of program that does not require updating. It contains the basic code used to turn the computer on.

Most modern PCs store the ROM on a BIOS chip which is plugged into the motherboard. ROM is called non-volatile memory because it can store data both when the machine is powered and turned off.

ROM doesn’t affect the speed of the computer. Once the system is running, it becomes insignificant. However, the importance of ROM cannot be underestimated. It serves as a failsafe for when the system’s operating system fails. If a virus attacks the OS or encounters corruption of sorts, BIOS will let you install a new operating system. However, since is it much slower than RAM, it cannot boost the speed of the processor.

If you are looking for a fast machine that can handle heavy tasks, random access memory will get you halfway there. You need RAM with a big capacity and one that is fast. Add that to a powerful graphics card and CPU and you have a gaming masterpiece at your disposal.