There was a time when the invention of the wheel was seen to be the most remarkable one. As time passed, people developed and modified their modes of travel. The invention of the bicycle has been a landmark. However, with the development of automobiles, it was assumed that the use of bicycle would go obsolete. But instead, we saw amazing technological advancements that took this simple two wheeled-vehicle to the next level. 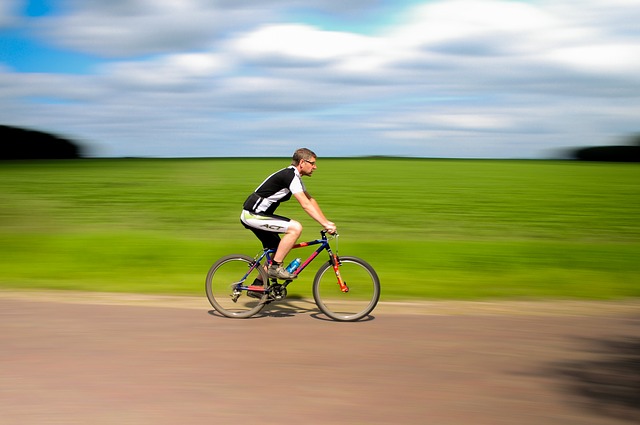 Gone are the days when even the lightest hints of moisture would rust the parts of our shining bike. Bicycles were heavy and hard to operate. They included unreliable brakes and clumsy chains. However, over the past twenty years, we no longer face these issues. We have changed the face of professional biking with innovative advancements.

The nag to improve the biking experience began when the United States’ 1984 Olympic team wanted to gain a leverage over other countries. The BMX style, cycles are most popular with children whereas, tougher broad tired bicycles have been developed for off road enthusiasts.

Today, we see that the Europeans are the leaders in developing synthetic or carbon fiber-based racing cycles. Their focus remains on enhancing the traditional model of the bike. However, all these developments have been led by the United States where the demand for improved performance and more comfortable user-friendly and light weight bicycles is increasing day by day.

Here we explore five of these technological inventions that changed the face of the bicycle:

‘Look’ along with the French Company TVT, produced the first reliable road racing carbon frames in the mid-1980s. Ever since then, many developments have supported this invention. Carbon fibers are every racing cyclist’s choice. The most legendary carbon frames by far are Chris Boardman’s Hour Record Dominating Lotus.

Carbon fiber frames provide the necessary stiffness, great comfort, light weight and aerodynamic design, making them the ideal bike material choice. Carbon fiber has applications in various industries. Since it is lightweight, durable, strong and rust-resistant, it is used in place of steel and aluminum. Carbon fiber material is shock-proof and hence is the first choice of mountain-bikers as it can absorb shocks felt over rugged terrains.

Talking about useful inventions, we cannot ignore the usefulness of a motorcycle dolly as it has become an essential tool to move heavy bikes around.

But now more efficient gear shifting technology has come to be. With an extended battery life and better positioning in the cycle, more people are taking to electronic gears.

SRAM’s electronic gear sets are yet to be released commercially. They are expected to have more advanced features.

Disks brakes are usually more common in automobiles; however, they are a huge asset for bicycles as well. Their ability to clamp more firmly than rim brakes proves to be their biggest advantage. They can be included in multifarious frame designs as compared to traditional rim brakes which can’t.

Disk Brakes provide greater stopping power as well as better control over winding courses. They are quite resilient towards, water, grit or mud and hence have great benefits while cycling.

This is a very old yet important technological advancement made for the bicycle. The first freewheel was invented by William Van Anden, back in 1869. It wasn’t until the 1890s and early 1900s that it became popular. Over the years various additions have been made to this simple invention the most notable one remains to be the Shimano freehub in 1978.

Before the invention of freewheels, the rider had to go through the trouble of pedaling continuously due to the only option available – which was riding the fixed wheel. This proved to be a source of trouble for those riding down a steep hill. This is the reason why track riders are still comfortable with riding on fixed wheels as they do not have to go through the struggle of going up and down a large hill.

The invention of the Shimano Total Integration shifters in the early 1990s eliminated the problem of manually reaching down to the tube to change gear while riding the bike.

The brake lever was integrated with the gear shifter which allowed bike riders to conveniently shift gears without forcing them to take their hands off the handlebars. This made for a much more safe and comfortable ride. Moreover, by not having to change your position on the bike ride resulted in increased aerodynamics. The Shimano Total Integration also allowed for increased acceleration as riders were now able to shift gears while continuing to pedal.

Hence STI is by far, believed to be the most important invention for bicycles.

These were five of the many technological advancements that have enhanced our biking experience greatly.

However, serious technological revolutions tend to be in the interest of professional bicyclists and racers to help them become more competitive. Clearly, we are yet to see even more interesting innovations that would completely transform our biking experience, but for now relishing in these small wonders should do as well!

Before the late 1980s, lab testing using an ergometer was the only way to measure a cyclist’s power output on the pedals. However, in 1987, medical engineer Ulrich Schoberer received the patent for the power meter, which is the SRM (Schoberer Rad Messtechnik) device. Today, a power meter is an essential cycling gadget used by professional athletes and cyclists all around the world. Power meters now come in many types that can connect wirelessly to a bike computer or smart device and are more accurate than ever.