HomeGadgetsWhich one is better? A Wired or a Wireless Headphone
Gadgets

Which one is better? A Wired or a Wireless Headphone

There is a never-ending debate on the matter when wired, and wireless headphones are concerned. When one uses “better” in this sense, usually a lot of subjectivity is involved, given it really depends on the individual and his lifestyle. 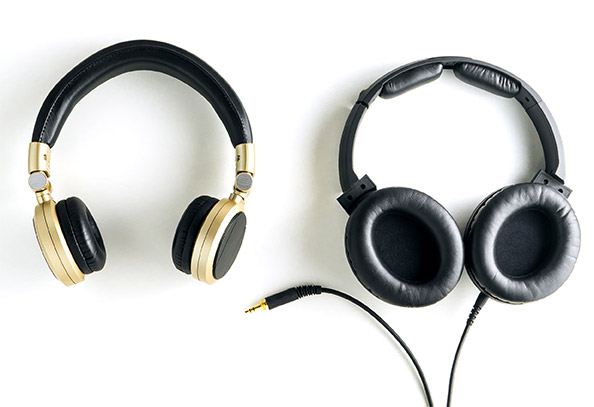 Whether you want to enjoy music on your desk or you are one who likes to listen to music when involved in physical activity will significantly alter your preference. The truth of the matter is, nobody wants to have wires hanging from their ears; nobody enjoys wires, period. However, there’s a good reason why wired devices still remain mainstream.  Choosing between a wired and a wireless headphone in 2021 is anything but easy. However, there are reasonable justifications to be made to opt for any out of the two.

That said, it’s good to know the distinction between a wireless headphone and a true wireless one. The term wireless is used rather sparingly, so the latter is usually lost in transition, at least to the mainstream. A true wireless headphone has no wires, unlike some of the headphones that are, in a sense, wireless and connects through Bluetooth but have a string or wire securing the two pieces of earbuds together.

Apple ear pods are the perfect example of a true-wireless headphone, whereas over-ear headphone and earphones connected with a string are just wireless and not true wireless.

Advantage and Disadvantage of Wireless Headphones

The main advantage is that you don’t have to worry about any wire. Although some still have a small wire connecting the two pieces, that is hardly an issue, given the main issue with wires is having them all tangled. Sometimes the wire is there to prevent the earpieces from falling off and as a safety feature. The most notable advantage is that you don’t have to have a wire reaching all the way down to your phone from your ears.

For people who like to listen to music when they are exercising, jogging, or doing yoga, wireless in-ear headphones are one of the best options to go for. There was a time when wireless options were expensive, and they didn’t sound nearly as good as they do now, but the time is behind us. Currently, wireless options are much more affordable. However, not all affordable options are good options.

Battery life, charging time, audio quality, and wireless interferences are some of the main disadvantages of wireless headphones. Although they offer a convenient, wire-free experience, depending on the environment that you are in, plus the distance you have between you and the paired device, you might have some inference.

All wireless devices send out frequencies, and if you have a wireless device that matches the frequency of your wireless headphones, then you are bound to have some interference. Keeping the device close that your earphones are connected can help in mitigating the issue. Battery life and the time it requires to charge your headphone are also common issues with the affordable wireless options affecting your overall experience.

Advantage and Disadvantage of Wired Headphones

Wired headphones provide superior audio quality. They have no Bluetooth audio compression or wireless audio interferences. On top of that, wired headphones allow you to plug them into an amp or other audio interfaces to provide even better sound quality. You don’t have to worry about battery life, charge time, or sound compression.

For gamers, wired headphones are better because of the lower latency. Anything that has a wireless connection will usually also have a latency associated with it. Audiophiles and professional music composers will always go for wired headphones because of their superior sound quality. Since audiophiles, musicians, and DJs have a high set of standards when it comes to sound quality, the wired version is the one they will use for their optimal music listening experience.

People who are hard of heading also benefit from wired headphones due to their unsurpassed sound quality.

In summary, the main advantages of wired headphones are:

As for the disadvantages, wired headphones have cables, and most of the wires are a pain to deal with as they have a natural tendency to get tangled. These days, special wires help mitigate the issue to a certain extent. However, the solutions are usually expensive third-party options that most people don’t opt for. Also, not all wired headphones have wires that you can just swap. These headphones are generally less portable than the wireless counterpart. With more and more smartphones losing their 3.5mm jack, these headphones are beginning to lose their compatibility with the popular smartphones of 2021.

Should you go wireless?

There’s the thing, people who are not professionally involved with music often don’t mind the difference between good wireless and good wired headphones. Unless you are an audiophile, you probably won’t be able to differentiate between two similar sound signatures coming from two different headphones.

If you are tired of wires or someone who just wants to enjoy music casually when you are working out or out in the streets, then wireless headphones and wireless in-ears are probably the best options for you.  Here are some things to look forward to:

Convenience: No wires, no worries. You don’t have to worry about tangles again. Most Bluetooth in-ears come in a small carrying pouch to keep them safe and protected, helping people carry them easily as they travel. Currently, most wireless headphones also have a very high range of Bluetooth connections, enabling you to move around as you cook and go about your day without having to carry a smartphone with you.

Easy Access: Most wireless headphones come with portability in mind. They come with carrying bags and have no tangling issues like wired headphones and in-ears.

Quick Pairing: If you have ever used the air pods, you can already imagine how easy life gets when you have quick pairing. It’s a feature that allows you to pair your headphones almost instantly.

Other Options to Consider

Sometimes even for the casual music enjoyer switching from one favorite earphone to another can be a hassle. Maybe it’s the sound signature that you like or the bass it provides, whatever the case may be if you already have a wired in-ear headphone and want to go wireless without having to buy a new pair of earphones, then you are in luck.

These days you can get a Wireless Adapter Cable like the IKKO ITB05, which allows you to turn your wired in-ears into wireless ones. It doesn’t make your earphones true-wireless; however, it allows you to enjoy the mobility and absence of tangled wires.