What Are The Top Software Development Models? 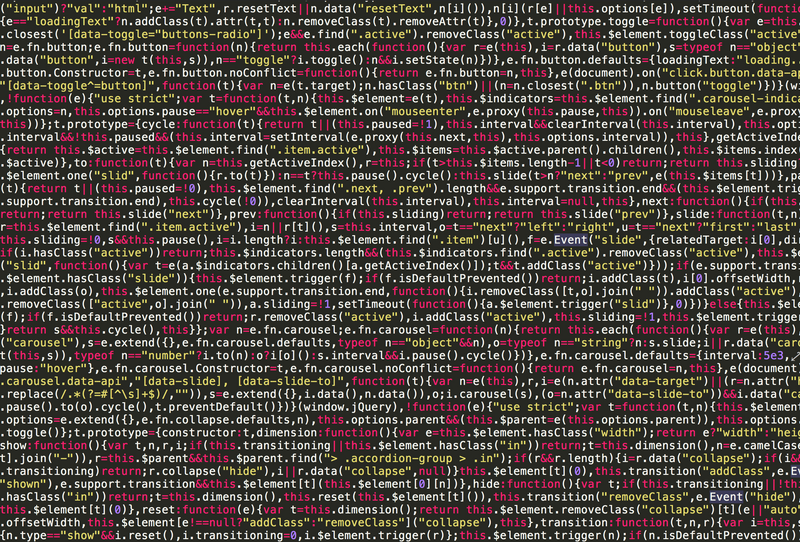 Before attempting to find the best software development model for any given business, it’s very important to first understand the basics of the software development life cycle (SDLC). At its most basic, an SLDC is a set of steps designed to create a piece of original software as cheaply and efficiently as possible. Because of the inherent complexity of these development initiatives, it is important to have a set of universal steps in place to avoid unnecessary work and ensure that the final product meets the needs of its end users.

The first step in any software development project is to begin planning, a step which includes personnel and cost forecasting, scheduling, and the reorganization of existing company resources. Then, the leader of the team should begin soliciting requirements from stakeholders, related departments, and end users. Once the development team has their resources in place and understands the requirements of all project stakeholders, they will create a basic design before moving on to the core software development portion of the process.

Finally, once the bulk of the code has been written and the software is presumed ready, a quality assurance and testing team or nearshore development partner should be brought on board to test the product for security flaws, bugs, and any other problems that might negatively impact the end user experience. Once testing is completed, the software will be released to its end users and feedback should be solicited and integrated continuously. Each of the following development models utilizes a unique approach to the SDLC and comes with their own sets of strengths and weaknesses.

The development model itself is notable for its consistent focus on customer satisfaction and input throughout the process. This is done by producing a working iteration of the software that can be provided to select customers to use and provide feedback on. This constant stream of comments and never-ending set of refinements helps to create a well-thought-out final product that meets customer needs. In addition, the focus on constant user feedback means that unnecessary features are discarded early in the cycle, thereby preventing waste and increasing efficiency.

One of the difficulties associated with the Agile development methodology is the inability to accurately predict project costs. Because of the flexible and ever-changing nature of the project scope under the Agile model, inexperienced project managers can struggle with initial estimates. However, nearshore software outsourcing services can be useful during the planning stages of the development cycle to help with estimates and to bring certainty into the process. Lastly, Agile software projects are known to frequently exceed time calculations because of the constant process of integrating new customer feedback into the next iteration.

Waterfall is a “cascade”-type software development model, where each step of the cycle follows sequentially from the previous step. This methodology provides a strict and highly-documented plan designed to ensure that the initiative finishes on-time and under-budget. It is an ideal solution for first-time project managers because the requirements are well-documented and the final product remains stable throughout the process, as opposed to the agile methodology where the project scope can change throughout.

In addition, the Waterfall development model is especially useful for hands-off managers interested in putting in place a system which allows them to easily measure progress during each and every step of the process. This process allows for increased flexibility and reduced costs when using a nearshore software outsourcing company or when augmenting an in-house development team with outside contractors. Rigidly-structured models such as this allow managers to plan ahead for staff augmentation at key stages of the process, whereas more fluid models like Agile can require hyper-specialized help at any point.

The primary drawback of the Waterfall development model is the fact that working software will only be available once the last stage of the process is complete. In an era when Agile methodology reigns supreme, this limitation prevents companies from soliciting valuable user feedback before too much time or resources have been invested. This also blocks companies from identifying useless features, a valuable tool which helps project managers divert resources to the features that end users want most.

The modern V-shaped model is a new and expanded version of the classic Waterfall. This linear development methodology focuses on putting in place a series of definitive steps that standardizes the development cycle and introduces certainty into the time and financial budgeting phases. As in the Waterfall SDLC, each step of the process only begins after the previous step has been completed in its entirety. Projects that follow this methodology begin with a broad conceptualization and requirements stage, which is then followed by implementation, testing, and finally, post-launch maintenance.

The V-shaped methodology has seen widespread adoption in the medical device industry because it allows for such accurate cost and time predictions. Small and mid-sized software development projects that utilize well-developed technologies, and where design needs are extremely clear, are ideal scenarios for the V-shaped software development model. In addition, this methodology is often preferred by non-technical management because of its time management capabilities and the ability to easily measure progress using clear milestones.

The major disadvantage associated with the V-shaped software development model is the lack of flexibility, a significant hindrance when working with new technologies or when seeking to disrupt an industry. As with the Waterfall methodology, customer feedback is not solicited until the final stages of the process, meaning that unnecessary features may take up resources and major issues may not be identified until significant money has been wasted.

The Lean software development model has its roots in the Toyota Corporation’s lean manufacturing principles, which were developed in the 1980s and codified as the Toyota Production System. The methodology sought to minimize waste throughout the entire manufacturing process without sacrificing efficiency. It’s introduction to the information technology world occurred in 2003 when the book Lean Software Development was published. The system is summarized in seven principles: 1) eliminate waste, 2) amplify learning, 3) decide as late as possible, 4) deliver as fast as possible, 5) empower the team, 6) build integrity, and 7) see the whole.

The greatest benefit associated with the lean software development cycle is the ability to deliver a minimum viable product as soon as possible. Rigid methodologies based on the Waterfall model are excellent options for short-term, straightforward projects, whereas the Lean SDLC is ideal for major software destined to disrupt an industry and solve a brand new customer pain point. In addition, this type of development model, which focuses on constant customer feedback and avoiding unnecessary features, can help companies save money and remain under budget.

A major drawback of the Lean development methodology is the lack of a cohesive vision. This software cycle focuses overwhelmingly on creating a minimum viable product to show to customers, at the risk of failing to create a complete piece of software with a common theme and which meets its initial objectives. Furthermore, this sort of methodology should only be attempted by highly-experienced teams who can maintain precise and constant documentation, and keep sight of the larger picture when in the midst of a large-scale, fluid development initiative.

Paul Azorín is the Founder and Chief Technology Officer at BairesDev. He is responsible for coordinating the technology department as well as the Presales team. Paul also leads the Marketing and Communications team and works passionately to communicate the identity and values of the company.

Paul holds a bachelor’s degree in Software Engineering and is self-taught in several programming languages. With over ten years experience working as a Software Architect, Paul still holds a love for development that transfers into everything he does.