Discord is a widely used digital application for communication like voice calls or video chats etc. It has been in demand for a long time and people have used it extensively for all kinds of digital communication including gamers. However, banning people in Discord is a common practice because of some unwanted intrusion by users. Some users abuse the platform to be mean and inappropriate with their remarks or overload the application with incessant messages, there is a need to ban and stop those kinds of people from being on the list of contacts.

Banning people in Discord is an easy process and it also immediately secures your Discord account from being hacked or misused. However, a need to revert your banning comes when there is any revival of friendship or patching up of things. If there is a need for any important transaction or message to be passed on to the already banned contact, unbanning the account comes as a necessity.

Sometimes the application itself bans some people because of their inappropriate use of the platform. Some overloading issues also could trigger the Discord application to ban users. In these cases, the unbanning of those accounts becomes tricky and challenging. The application bans the users to safeguard the other accounts, but when sudden necessity pops up, unbanning those accounts should be a possibility. In this article, we will deal with steps involving the unbanning of accounts.

Steps to unban users on Discord 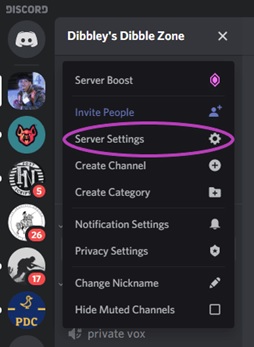 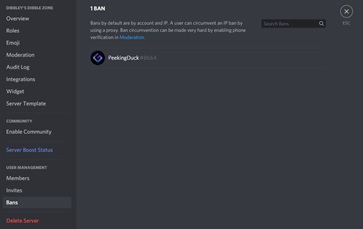 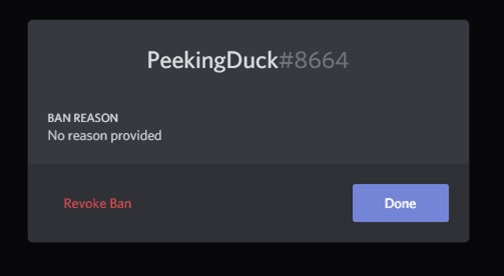 The duration of the ban in the Discord account:

Discord application itself banning someone is a common issue. However, a user can be banned not for a long time. Sometimes few inappropriate actions must have induced an auto-ban of the account which could last for hours. After restarting or redirecting your application, the ban would be released suddenly. If you are banned for some reason, it would sometimes not mean a permanent ban as Discord would revive your account and revoke the ban in one or two days. In certain cases, where there is constant negligence of protocols or incessant inappropriate behavior being detected by Discord, then there is a high chance that your account may get permanently banned. Unbanning such users or accounts may or may not be possible depending upon the breach of conduct that they have committed.

Some ways to stop being banned

All the protocols of the application should be followed. No violation or breach of security restrictions should be adapted to stay active in the Discord application without being banned. Hacking the server or spamming it could instantly ban your account without any possibility of revival. Sometimes the communication standards to your peers and contacts are also important. If someone raises the issue with your behavior on your inappropriate remarks, then there is a high chance that your Discord account could be banned permanently.

Sometimes prolonged inaction of your Discord account could completely disable and deactivate your account. A long-time dormant account would not be active even if your credentials match. In those cases, the maintenance support of Discord would help you fix that issue by resetting the access to your account. An online portal is available as a help window, where you can post your issues or queries to which solution will be available through mails or calls.

Discord application is a very useful application for today’s generation. The proper functioning of your Discord account will help you in connecting different people with ease and comfort. Following the rules of Discord and staying away from getting banned is very important to the effective usage of the platform. The above steps mentioned will surely help you in reviving back your account in case of accidental banning.