How to Root Android Device with Magisk Su and Magisk Manager

When you heard the Word root for an android device, you may think of it is only possible with Super Su. Super Su is the Most Popular Root Method and Still using in most of the android devices. Have you noticed that? This Super Su didn’t get the Update from the Developer Chainfire for a while. Do you know why? Yes, your guess is correct. He moved out from developing the super su and many of the Chainfires Apps. Here we are going to explain how you can install Magisk Manager and root android.

Of course, it is a sad thing for the root lovers and Xda Members who were mostly involved in the root apps. But you need to worry at all. There is a masterpiece for rooting android device from Topjohnwu which is named as Magisk aka Magic Mask. Now, this is the best method for rooting android device without touching the system partitions. That’s cool, right? Yes, Everyone wants that feature and even Google love that too.

There is a feature called Magisk Hide in the Magisk Manager let you pass the most of the Android security measures by just this Option. Meanwhile, It can run the banking applications without showing any error, and It can help you to work whatever the app it is which is not working on the Android Rooted device. That is the main reason everyone loves this application more than any other Root method.

Step1: Uninstall the Root if you already rooted with any other application or Super Su by chainfire. Now, Download the latest Magisk Manager apk from here. It can be used for manage the modules which are only developed for Magisk Framework. Those don’t alter the system partitions and protect the Safetynet measure.

Step2: Install the Magisk Manager apk by enabling the Unknown Sources from the android settings. It will be asked if you try to install apk from Other than Play store. 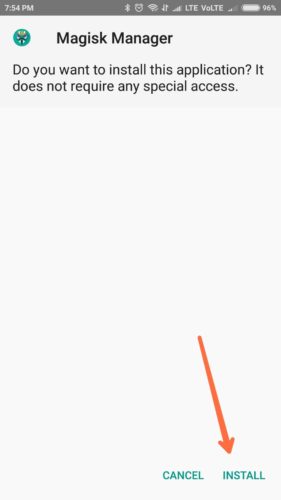 Step3: Open the App, and you can see the notice which is saying that the Magisk Su is not Installed yet. Download the magisk su from there and Install it Via Recovery.

Note: Twrp Custom recovery must be Installed on your device before going to Proceed.

Step4: After Successful Installation of Su Binary to the System. Now, Reboot the device from TWRP Recovery. 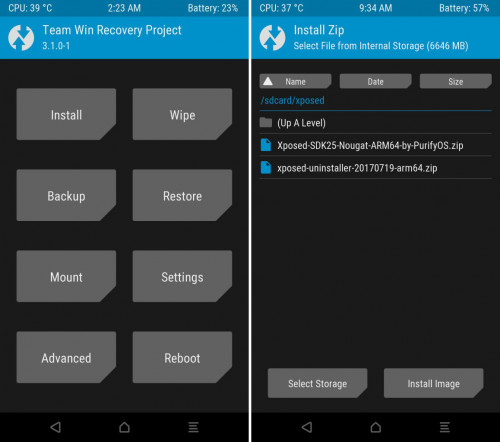 Step5: Open Magisk Manager again and now you can see the Rooted with Magisk Su message. Open the menu and Choose ‘Download’ option from there to Download the latest Modules which are compactable to the Magic Mask.

This is how you can get the superuser access to the apps which requires this thing to run. This is the best method to enable the Super User on your android device without making any System Partitions, and Most importantly it doesn’t alter the SafetyNet Measure anymore. It could not be possible when you are using the Xposed Framework along with the Magisk Manager. But better to Magic Mask module of Xposed Framework to enabling and disabling the framework easily.