HomeTechnologyNine Tips To Shoot A Music Video Like A Pro
Technology

Nine Tips To Shoot A Music Video Like A Pro

It sounds like it should be simple. Film a video, usually no longer than three to four minutes. Include music in the back and edit the video so it plays along with the beat and the two line up with each other. However, there’s a harsh lesson you’ll have to learn if you happen to be new to this sort of work. You happen to be terrible at it.

Shooting a music video is a skill. Like any other skill, it is something you can train in, something you can master. With a little time, effort, and persistence, you can go from knowing nothing to slowly mastering the finer points. Here are seven things that you should keep in mind to improve your ability to shoot a music video on a professional level.

Get The Right Gear 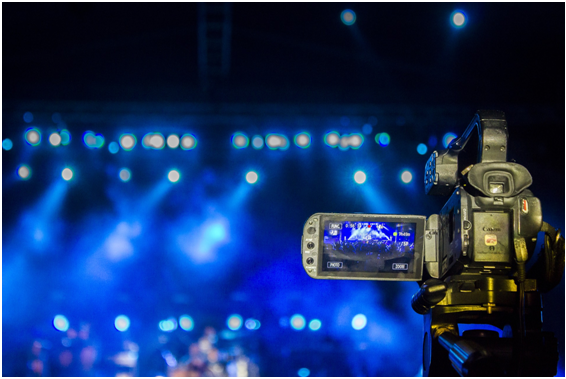 What you want to get right first is equipment. This includes things like camera gear and lighting rigs from Soonwell, good video editing software, and the hardware to test your cuts of the footage before making a finished product. Equally important to this is that you read the manuals and instructions for the equipment and gear you use.

Read the manual while you’re at it. We have to reiterate that because it’s advice that so often overlooked. Read the manual. You’d be surprised at what you can learn about your equipment just by poking through it.

Preparation is key to any endeavor, and it’s also true for any music video shots you make. Bring things like spare batteries, all of them charged. Bring makeup and hairstyling tools. Bring extra storage media, in the event you need it. You should have lens-cleaning equipment, like microfiber cloths and the like, to remove any smudges because it’s something you can’t remove post-production.

Other types of equipment you’ll want to have are a tripod, a battery charger, and a power supply. Duct tape might be useful because you never know when you might need a roll of the stuff. Lighting gear, nd filters, lenses, and microphones are good too.

Have storyboards. Every music video tells a story, even if it isn’t always apparent. Make sure that this is planned because it helps the flow of the video. It helps you make sure the video and audio dance together. It also gives you useful guidelines when it comes to editing, giving you a rough draft of what you might keep or lose.

Keep the shots steady. Nothing shows off amateur work or a lack of skill than a shaky camera. Unless you’re filming the music video like a found footage horror movie, you have no reason to have shaky shots. Steady the body as you breathe. Use the wall or the ground to provide a stable base for yourself or for the camera. This is also what the tripod is for, people.

Have the people in the video rehearse the scene before you even start rolling. A music video has choreography, and that should be treated like fight choreography. You want people to know what they’re doing, how they do it, and when it should be done before you do your first take. You want the movements practiced well before you put it to film.

Test the lighting. If the video isn’t clear when it should be, when it’s not showing off what you want to show off, then it is going to fail. Get the lights to showcase the key points, to accentuate parts of the song or the narrative, and add visual power to the project. Poor lighting can kill any visual media, including music videos. Get it right or you will fail.

When testing the lighting, cover both indoor and outdoor shots. If the video takes place in both environments, you want the transition from one to the other to be as smooth as possible.

Visual shorthand is important in short videos. You don’t have a lot of time to communicate complex concepts through dialogue or long panning shots, so you rely more on symbolism that people easily recognize. This is why music videos and short films tend to look and feel different from a full-length movie or even an episode of a TV show.

Play the music in the background. Remember that the video has to be in sync with the music, so any impromptu movements or little details you capture can be tested to work with the music. The hallmark of an amateur music video is when something is done in it doesn’t line up with the music, and it is something that audiences can pick up on, even without quite realizing they’re doing it.

Listening to the music also helps you get ideas on how to direct the shots as you make the video. You never know what inspiration might strike while you’re listening to the beat.

As you play the music, note the amplification and the tone. You want the background music to sound perfect and to be at the forefront when it comes to sound engineering. Check to see if the song is too loud, if certain parts are too soft, or any other balancing issues.

Don’t Be Afraid to Improvise

Be flexible with the plan. Some of us are great at planning for everything, but most aren’t. Be flexible and if inspiration strikes mid-shoot, work with it. Sometimes people in the video might get an idea that’s better than the original plan. Other times, you have wriggle room to move around in case there’s an unforeseen problem that comes along.

Edit your footage. No one ever gets it right the first time or the second time. There will always be more footage than you can use and there will always be parts to cut away. Pacing, lighting, mistakes, and the like are all reasons that strips of video can be left on the cutting room floor. Editing is what makes the raw materials stand out and be great.

Shooting a music video isn’t easy. There is a myriad of challenges, some of which are unique to the nature of the medium. However, with sound advice, good equipment, and a lot of smart work, you can get through it and get the job done looking like a pro.