HomeNewsLinkedin Roll Outs Its Lite App In India And Coming Soon In...
News

LinkedIn, one of the leading professional social network platforms that is accessible around the globe with more than 500 Million members, seems to be expanding its influence over the small towns and cities that are yet to onboard. Microsoft-owned LinkedIn has introduced LinkedIn Lite App for Android devices to fetch more users in the developing markets. It is the lite version of the LinkedIn original app, which is developed specifically for the regions that have a slow data network and where data cost are relatively expensive and phones are slow too. The app went live first in India and the company affirmed that soon it will be launched in more 60 countries. 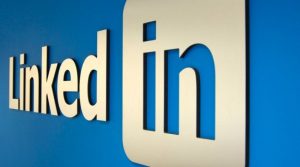 The size of the LinkedIn Lite app is just 1 MB and it reduces the data consumption by 80% and loads a page within 5 seconds that too on 2G network. It looks similar to the original app and has all the basic features such as jobs, profile, news feeds, network, notifications, search, and messaging. The only difference is, it doesn’t have heavy graphics that reduces loading speed of the page and utilizes user’s data.

LinkedIn Lite was initially introduced last year as an initiative towards launching tailor-made services only for India, which it sees as a largest developing market with over 42 Million users.

There are no such plans to develop a lite version for iOS and it won’t be that surprising as Android has a strong influence over smartphone and has put iPhone behind long ago. As per the analysis, there are 97% of Android users in emerging market and considering the remaining part with iPhone users in those regions, there is web-based LinkedIn Lite for them.

Coming on to the other social network players with a lite version of their platform, last year at some point, Facebook Lite was the fastest-growing app and in the present year, it touched the figure of 20 Million users. Facebook’s revenue excluding Europe and North America rose up by 52%, which makes up to $839 Million. Hence, the growth rate of Facebook was all attributed to the Facebook Lite.

LinkedIn, as part of Microsoft, is leisurely creating tools that can sharpen its focal point on professional level in well-established markets. It is also developing various tools to boost the usage of its service in developing markets.
Akshay Kothari, LinkedIn’s country manager for India stated that other than providing a fast and data-light solution for professionals in slow network areas, we expect that the LinkedIn Lite app will help to balance the access to upcoming economic opportunity.