Chances are, you have had an x-ray of your body taken at one point or another, knowingly or not. Maybe you were taken to the hospital for tests or gone through an airport checkpoint. But did you know x-rays can do more than help doctors and airport security discover hidden issues that are not visible to the human eye? 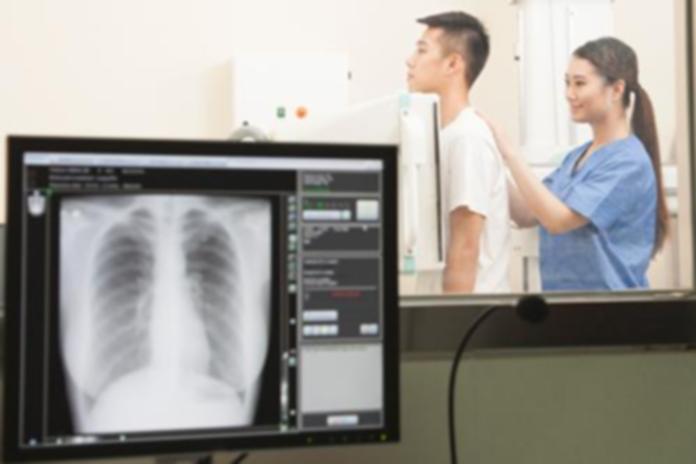 In this post, we look at what an x-ray machine is, how it works, and of course, how it’s used in industrial radiography.

What is an X-ray Machine?

In simple terms, an x-ray machine is like a camera that uses x-rays to expose film instead of visible light. X-rays are electromagnetic waves that can penetrate materials of varying degrees exposing what is inside. This unique phenomenon was discovered accidentally by the first Nobel Prize recipient, Professor German physicist Wilhelm Roentgen who was experimenting with how electricity would behave in a vacuum.

Over the years, scientists have developed a machine that can produce x-rays and safely use them without harming the people using it. The job of an x-ray machine is to hold those electromagnetic waves, send them to objects, and take an image. For safety purposes, the machine also comes with a protective barrier to keep the radiation from getting out and harming the users.

Every x-ray generator, whether it’s for hospital use or an industrial x-ray machine, is a glass vacuum tube that contains;

The process of how an x-ray machine works is quite simple, actually. You have to place the object you are examining between the x-ray source or machine and an x-ray detector (film). The machine will send electromagnetic waves through the object and project the image on the film.

The interesting thing is that these electromagnetic waves are absorbed differently by different parts depending on their density. For example, if you are examining a human body, the bones will show up in the film as white substances because calcium has a higher atomic density, which makes it absorb more light. Other less dense parts like lungs and blood will project in shades of white and grey because they absorb less light.

If you are using an industrial x-ray machine to examine equipment, the industrial radiography will show every part of the equipment in different shades of either black, white, or grey, which helps you see everything clearly.

How are X-ray Machines Used in Industry?

X-ray machines are used for many industrial purposes. One of the most common application is use X-ray inspect auto parts   to look for any defects or disjointed parts. Without industrial x-ray machines, you would have to take apart the entire engine and inspect it part by part.

Similarly, mechanical engineers use industrial x-ray to examine things that are made of joined metal parts such as airplanes, roads, bridges, and other complicated machines. The x-ray machines help them do an NDT radiographic testing, which means you can see the internal problem without destroying or taking apart the equipment. A radiography test for welding is often done to see if the metal parts joined together are still intact, or there is a disjoining happening that can cause failure.

Another common use of industrial x-ray is checking for cracks or defecting welding in pipelines used to transport oil or gas. The alternative would be to dig up through the entire channel that goes on for millions of miles and risk doing more damage to the pipes. An industrial CT scanner can help to uncover any hidden defect so you can come up with a solution without causing more harm.

Radiographic testing has been the best discovery since electricity, and it is applied in different industries such as transportation, automotive, aerospace, power generation, marine, waste management, and medical devices. X-ray machines enable people to inspect assembled components with minimum surface preparation and provide permanent inspection records.

With recent technological advancements, scientists are developing even better x-ray machines that can do more than just examine and record internal parts of bodies and equipment. Electromagnetic rays can cure diseases such as cancer and manufacture high density integrated circuits.