How Do You Determine Fault In A Wrongful Death Case In Texas? 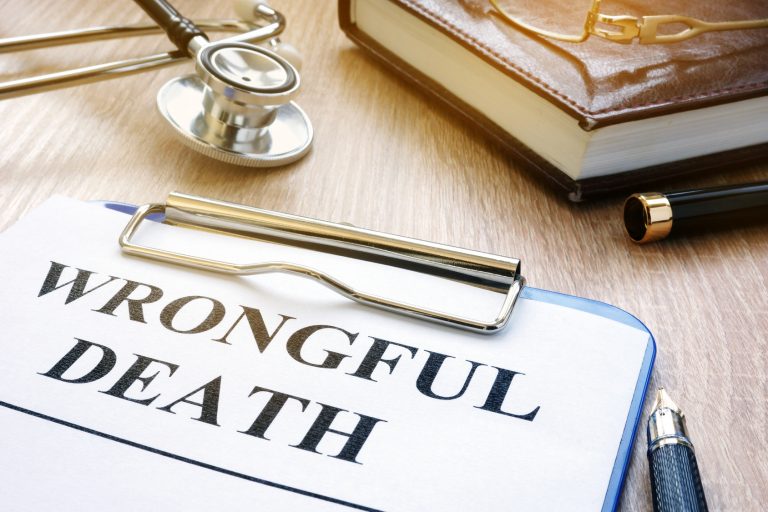 The process of grief

A death is never easy to handle, let alone someone who may provide some or all of the income for their family. As such, it is common for those left behind by the deceased to seek restitution in the event that one or more parties may have been partially or fully responsible for the person’s death. A person having to step up and become the primary money maker for themselves or their family for any reason, and when they add on the trauma of losing someone close to them, and the associated feelings that they are going to have to grapple with. Whether they can seek restitution for a wrongful death depends on their relation to the person or persons who died; if a person was a dependent or a direct relative (child, parent, spouse, etc.), they would be legally able to file suit. Someone who was employed to represent their interests, such as the executor to the person’s estate, can also file suit.

Who can be found at fault for a wrongful death?

While fault in these kinds of cases is typically found in the victim, alleged perpetrator, or both, that is not always going to be the case. One example was a case where a woman was three times over the legal limit for her blood alcohol to drive, yet she did so anyway, serving more than 30 years for killing two people and injuring one other. She was undeniably liable in this situation, but in this case, the bar that she got so staggeringly drunk at wound up settling out of court for $1 million to the injured and family of those who died, with the payout being split three ways. The suit was filed against the bar for violating the Dram Shop Liability Act, a Texas act which provides a cause of against a bar if it serves alcoholic beverages to someone who is obviously beyond the legal limit. This also serves as a demonstration that in the event of a corporate entity being liable for someone’s death, fault can still be demonstrated.

How is fault determined in a wrongful death case?

As far as determining fault in a wrongful death in Texas goes, whether it is applicable in a situation is determined based on whether a person’s death was the result of “neglect, carelessness, unskillfulness, or default.” One example we can look at for carelessness. In terms of driving, carelessness can include, for instance, minor speeding or having a broken taillight that they did not notice. Meanwhile, recklessness may refer to driving under the influence, driving a vehicle they know poses a risk to others, and/or driving significantly faster than the speed limit. Regardless of which one fits a traffic death, fault may be determinable, though it is not guaranteed. If the person who was killed was themselves behaving negligently — for instance, running out into traffic and getting struck by the driver — the driver may ultimately be found to only be partially responsible, if not at all responsible at all, depending on the circumstances.

When it comes to actually filing suit, there are various things a person may sue for. For example, if the accused causes the victim to incur medical and funerary expenses that are then the responsibility of the people that they left behind. A person may also sue for lost income that the plaintiff(s) lost as a result of the death. Emotional damage may also be a factor in payments. In cases where the defendant can be shown to be grossly negligent in their actions leading up to the death, the plaintiff may then seek punitive damages.

Other forms of wrongful deaths

Of course, not all fault in a wrongful death involves mere willful negligence or carelessness. It also often relates to someone intentionally causing the death of another person. In this kind of situation, seeking money as punitive damage is a lot more common, given the presence of malice involved in the death. A payout may also be possible, even if the defendant is found not guilty in a criminal trial. The reason for this is because criminal trials typically require a significantly higher burden of proof to demonstrate guilt due to how dangerous a false conviction may prove when prison time and the death penalty are a risk factor. In fact, there are many more situations where a wrongful death case may arise. One common example that comes up is medical deaths, especially when malpractice can be demonstrated. Workplace deaths are also quite a common factor, particularly in jobs where the risk factor is significantly higher than average. Jobs that carry the greatest risk of death include working as a logger, working as an oil rigger, and fishing.

Defective products can also be the cause of wrongful deaths. Cases are often the result of incompetence resulting in a product’s defects not being noticed, while some involve willful disregard, such as an automobile manufacturer choosing not to disclose a potentially dangerous defect and hoping that it does not come back to bite them in the back in the end.

Ultimately, finding fault in a wrongful death case is not the easiest thing to do, as there are a number of complications that may arise during the process. Make sure that if you seek to pursue a suit to find fault for wrongful death, get quality representation to see you through it all.