HomeGadgetsWhich USB Cable Type Should You Use
Gadgets

Which USB Cable Type Should You Use

Over the years, there have been multiple developments of the USB cables and plugs that are used today. Learn everything you need to know about the Universal Serial Bus, from its history to the many types of USBs used in different technologies today, to better understand how they function.

Most electronic and computer devices have some type of USB plug and come along with a USB cable. But why do these differ in their formation and what difference would it make whichever type you use? It may feel muddled to fold your head over this. Therefore, we are breaking it down for you to know everything about the USB standard. 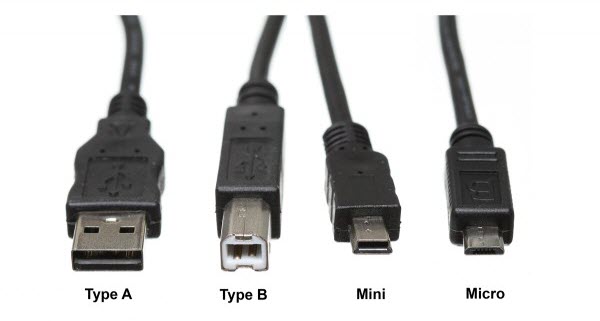 Even though USB is universal, it has several different types. Notably, each one of them offers different functions, mostly to maintain compatibility and work with new devices. Following are the most usual types of USB connectors.

Type-A:It is the standard flat, regular interface that every USB cable has on its end. This is incorporated in game consoles, TVs, and other devices too. Most computers have various USB-A ports for interfacing peripherals. This cable can only be plugged in one way.

Type-B: It is a square-shaped connector, mostly found in printers and other devices that are connected to a computer. They are not very popular now as most gadgets have moved onto a smaller interface.

Mini-USB:It was a USB standard for mobile devices before micro-USB was released. This is not very common today, however, you will still find them on some cameras, MP3 players, PlayStation 3 controller, and similar devices.

Micro-USB:Smaller than mini-USB, it is the present standard (however gradually decreasing in prominence) for portable and mobile devices. There are still cell phones, tabs, game controllers, and USB battery packs with micro-USB, but most have made a shift to USB-C.

Type-C:A reversible cable delivering increased transfer rates and more power than older USB types. It is the most current USB standard and fit for juggling numerous functions. If you have a high-end or latest cell phone and laptop, including Pixel phones, MacBook, and Nintendo Switch Pro Controller, you will see this type on them.

Lightning:Not typically a USB standard, it is the Apple’s patented connector for the iPhone, AirPods, iPad, and more. Its size is similar to USB-C and is a standard on Apple devices released since September 2012.

Although type-B doesn’t come in their names, yet micro and mini connectors are perceived as smaller kinds of type-B. Ordinarily, the cables that are used the most and will, therefore, need to substitute are micro-USB, USB-C, and Lightning. Make sure the USB cable manufacturer from where you are buying the USB cable sells genuine stuff.

USB connection types are not just everything. In fact, that is half of the story. USB has also experienced various standards of fluctuating data transfer speeds. Different cable connectors use different speed standards. The iterations of USB’s speed are:

USB 1.x was the initial standard and is antiquated by current benchmarks. You will probably not find a device using this standard anymore.

USB 2.0 came up with many advanced USB norms, consisting of support for mini and micro cables, USB OTG, and more. It is currently the slowest USB speed and will be found on devices like mice and keyboards, cheap flash drives, and similar.

USB 3.x is the present USB speed standard. It is faster than all previous standards and endorsed for external hard drives. You can usually distinguish a USB 3.x port or connector by its blue coloring. A USB 3.0 port has an SS symbol (Super Speed). Good quality flash drives have it and new computers have at least one USB 3 port.