Call of Duty: Modern Warfare is the shooter game that has been garnering likes of late after its development in 2019. This has been staged in many online gaming devices like Xbox, PlayStation, Windows XP/10/8, etc. Sometimes when the game is played on PC, it has been subjected to abrupt crashing for reasons unknown. A high-resolution game with surplus visual displays obviously would require a high-end device for playing it. However, this crash has been surfacing recently in modern PCs, causing people to check all the internal configurations including PC and the game. An error message is sometimes thrown out indicating the reasons for a sudden halting of the game. In most cases, the PC just blanks out crashing the game and the system ends up hanging without a single move. 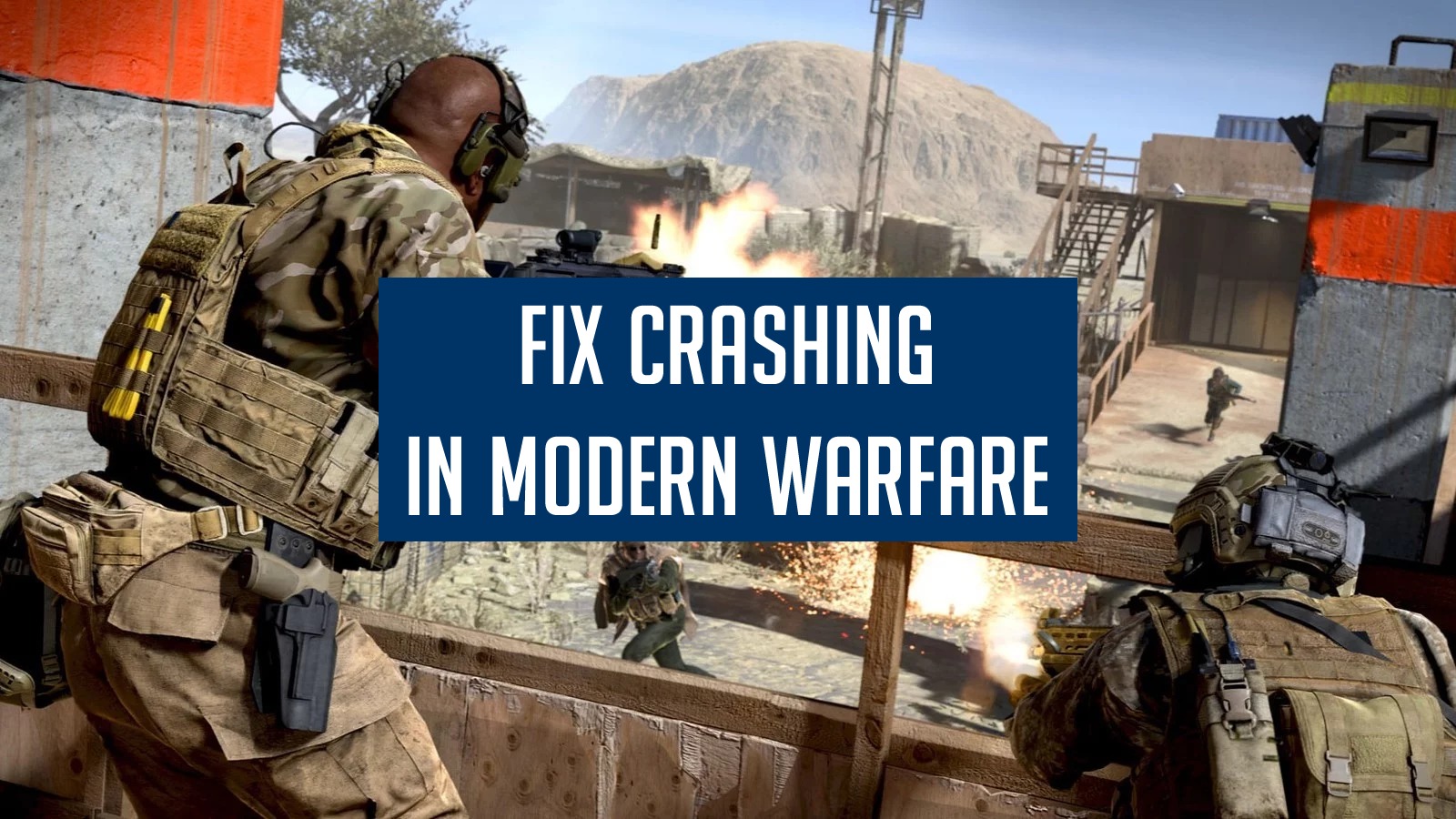 There could be multiple reasons that trigger the crashing of a game. However, the prominent ones that we could most probably relate to are the lack of compatibility in the system. Any device or drives which do not bear the capacity of such a high-resolution game cannot afford to stage the game properly rendering difficulty to users. The fix to them involves proper upgrades to the versions of the device or installations of the right hardware settings, failure of which will give rise to issues like this. There could also be some arbitrary issues like corruption in-game files or some backend processing which will also hamper the flow of the game. Let us pick into the details of fixes required to mitigate this problem.

Meeting the requirements of the game:

As we discussed before, the feasibility and compatibility of a system that sustains the requirement of this high-end game should be met. The PC settings and requirements of the game will be provided while installations and we have to cross-check our PC to match this requirement. To do this,

From here you can get information about your graphical devices and their versions. This has to be validated for the versions required for the game.

Also, checking on the versions of RAM and OS should be done prior to even installation of the game. Failure of any above settings could falter the function of the game crashing the system.

Sometimes overloading the system’s operation and memory can cause disruptions to the game. As a high-end game, it requires full-fledged processing that will enable the game to proceed without any halts. So it is a necessity to cease any other background processing that will potentially decrease the efficiency of the game. To do this,

This will benefit to a larger extent spacing the system to handle the execution of the game effortlessly.

Graphical components are responsible for all the graphic illustrations that are displayed on your computer like videos, images, animations, and 3D, etc. There is a graphics card that is directly embedded in the motherboard processing every graphical representation that you work upon. For the Call of Duty: Modern Warfare game, this graphical driver should be a recent and updated version that will withstand the graphical bandwidth of the game.

There are third-party tools like Driver Easy, Auslogics Driver Updater to verify the faulty versions of the driver and mend them. The other way to fix this is by navigating to the Device Manager and going to Display Adapters and updating your driver from the Driver menu.

This is the most important fix which is deemed as one of the most probable solutions. For anyone who is wondering what is V-Sync or G-Sync, these are the technologies responsible for proper depictions of images and videos in the system. V-Sync helps to process the frame rate of video games to match the speed of the system. G-Sync helps in stabilizing the media files to adapt to the system’s refresh rate by avoiding any screen overloading, or flickering of the screens. Deactivating them can clear off the interruptions of these technologies to enjoy a free flow of the game.

This is a game that deals with high-resolution video files. So the Texture quality setting should be fixed high to operate this.

To do this, just opening the game settings window and fixing the Texture Resolution to high would suffice. Texture resolution is placed in the Details and Texture tab.

The above are the main fixes that involve corrections for a free-flowing game. Other issues could be mending the in-game corruption files if any, avoiding the extension of the clock rate in the system, updating the correct version of OS, and checking your security settings could mitigate the issue. As is the case, reinstallations of the game can also be a quick solution in the failure of most of the above amendments.