Bitcoin, this word is heard everywhere these days.

It is a historic digital creation that took place in the modern era. In recent years, it has changed many lives astonishingly. However, some people are still hesitant to put their hands on Bitcoin primarily due to a lack of understanding. 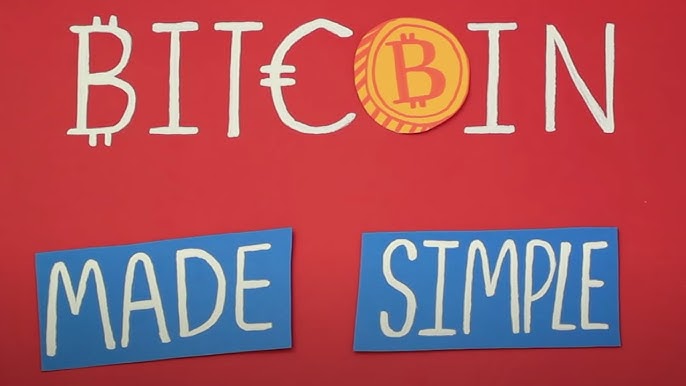 Although there is so much popularity to this word Bitcoin, there is a lack of proper understanding.

In simple words, Bitcoin is a digital currency. Unlike paper currency such as dollars and euros, Bitcoin doesn’t have a physical representation. It is purely digital. But you can use it to purchase goods and services from certain retailers online.

But! Why should you opt for Bitcoin when you have a conventional form of paper currency?

Well, there are many answers to this question.

Bitcoin uses Blockchain technology. Each coin is made using a series of complex algorithms and code, and it is unique. Every Bitcoin transaction is highly secured and irreversible.

Bitcoin is decentralized. It is not governed and regulated by any single centralized authority. It gets distributed over multiple systems, and all transactions are public. But it doesn’t reveal the information of sender and receiver. So it is termed pseudonymous.

Bitcoin is resistant to inflation. When a country needs money, the government prints more money, which leads to its value depreciation with time. As Bitcoin does have any central authority to make such decisions, it is less likely to depreciate its value over time.

If there is no centralized authority, then how is it made?

How is Bitcoin made?

Bitcoin is made using a competitive process called mining. The process involves individuals who get rewarded for their work by the network. These people are called miners. Bitcoin miners process transactions and secure the network using specialized hardware. In return, they get rewarded with some freshly mined bitcoins. This makes the mining process regulated.

Here, the word miners may refer to a small group of people or an entire start-up with a room full of hardware dedicated to mining. However, the transaction of bitcoin might seem simple, but it is more complicated in the backend.

Also, there are several companies, apps, and websites such as Profit Secret that have surfaced in the recent past to help one with trading cryptocurrencies like bitcoin.

Although Bitcoin has overcome many drawbacks, it is not perfect. It has some potential risks involved.

When we see the history of bitcoin, the very first Bitcoin transaction was made in May 2010 and from then it is full of ups and downs. It had a massive boom in 2017. Its value crossed 20,000 dollars, and by the very next year, it dropped to 3500 dollars. Later in 2020, it was valued at around 9000 dollars. So, it is evident that bitcoin lacks stability and it is highly volatile.

But! It doesn’t mean that you should avoid Bitcoin completely. It has equal perks as well. It is still new into the world, much progress is yet to be seen. If you are excited about this concept and you are ready to dip your toes in it, you can start Bitcoin trading with Bitcoin prime right now.

Bitcoin Prime is a Bitcoin trading site. They are a group of people who help you in trading bitcoin even if you have no crypto and blockchain knowledge.

This website helps you dive into the Bitcoin world making it simple and easily accessible, with no complex graphs and charts you find on all other sites. You can sign-up for free and create a trading account in just two simple steps.

You can now explore the app features and you can add funds according to your choice and start Bitcoin trading.

What are you waiting for?

Sign-up for Bitcoin Prime today and enjoy the experience.