Typhoon Drone vs Phantom 3: A comparison

If you are in the dilemma of choosing Typhoon Drone or opting for Phantom 3, this article is written for you. After reading, you will be clear about their advantages and disadvantages and be able to choose the one that is most suitable for your personal preferences and purposes. If you need more information, the Staaker website will assist you to answer all your questions through stories, in-depth articles. 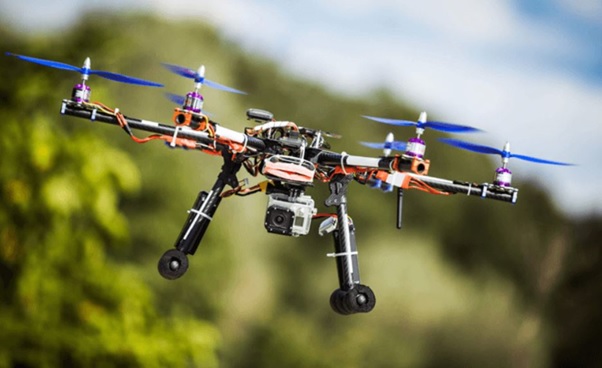 About Typhoon drone and Phantom 3

The Typhoon drone is a foldable helicopter equipped with a 4K camera. This iconic feature of typhoon drones helps secure and stabilize its 6 propellers as well as makes the center-hanging camera more flexible.

It has an Android-based remote controller with a 7-inch screen and control buttons for flying the drone and operating the camera.

The drone has built-in GPS and a handful of innovative flight modes. In addition, it uses a collision avoidance sensor from the famous brand Intel RealSense. All of this makes the aircraft very easy to use, even for inexperienced people.

The Phantom 3 was considered the best drone when it was released and has been on the market for years. For many people, the Phantom 3 is something that sounds very familiar when it comes to the term drone.

However, after many years, some drone versions from DJI do not have many advanced features compared to other emerging drones on the market. For example, the camera is just 1080p, and there is no obstacle avoidance sensor as well as many other details.

Typhoon Drone and Phantom 3: A comparison

When it comes to appearance, the two drones look great in their own way. The white color, smaller size, and subtle curves make the Phantom 3 look very modern and elegant. Meanwhile, Typhoon Drone looks strong and mysterious with a black coat.

In terms of structure, they both have self-tightening propellers and wireless batteries. Referring to the battery, the Phantom 3’s battery has a charge indicator light that allows users to see if there’s enough battery to fly.

Additionally, many users have reviewed that the Typhoon’s landing gear is more stable, allowing it to land on windy days without turning over like the Phantom3 versions.

As for the Typhoon transmitter, it uses a 5.5-inch wide touchscreen. Even though its FPV screen is reasonably clear, you’ll need to install the additional sunshade on sunny days.

In addition, when using transmitters from the Yuneec brand, you will be able to see all of the flight parameters on it without needing to add another apparatus.

When you activate the follow-me mode, the drone will fly around the transmitter thanks to the built-in GPS.

About the Phantom 3, though it just uses a universal tablet, the cutting-edge down-link allows live video transmission in a 3-km range which is far more significant compared to that of the Typhoon drone.

Besides, its 10-inch screen allows you to watch real-time videos in much greater comfort. Moreover, compared with drones from Yuneec, DJI drones undoubtedly win in terms of control range, allowing for about five times more space flights.

Another essential feature of a drone is the quality of its attached camera. Both drones keep their camera beneath their bellies using a 3-axis gimbal which makes the camera more stable, not affected by drone movement.

Also, to get the perfect view, the two drones allow their camera to be tilted up or down. Switch the quadcopter just along its axis in order to pan.

While both the professional version of Phantom 3 and the Typhoon drone use 4k cameras which are of the same quality, the advanced version of Phantom 3 just uses a 2.7k camera. About the frame rate, the camera CG03 from Yuneec can capture HD videos at about 120 frames per second, which is perfect for making trendy slow-motion videos.

About the audio quality, the advanced version of Phantom 3 would be the winner. Phantom 3 also provides more eloquent videos in dynamic range while Typhoon records smoother videos on windy days.

The two cameras support SD memory cards to preserve images and videos. However, Typhoon supports a memory card up to 64G compared to only 16G of Phantom 3.

Both drones are easy to use, even for inexperienced people. In addition, both can take off and land automatically or manually.

In terms of speed, the Phantom 3 will outperform the Typhoon, thanks to its compact size. However, this is not that important if you are not in a drone race. And Typhoon’s slow speed is also an advantage as it produces smoother and stable videos.

If you prefer to take long-distance flights, then the Phantom 3 is the right one for you. That’s because the control range of all versions of the Phantom 3 is much better than the Typhoon drones.

DJI says that the innovative vision positioning feature of Phantom 3 enables safe indoor flight. To be honest, I have never dared to test this functionality in indoor spaces, even in churches, large stages, or sports halls, mostly because I do not want to risk colliding with people and damaging my drone as well.

In short, both are the best drones on the market, and which one is better depends on the intended use of each person. Personally, I like the strong and mysterious look of the Typhoon drone and its foldable feature. Perhaps that is why it is gaining more and more popularity on the market. Read on to reviews of the best drones at Staaker.com for the right choice.