The Mixed Reality of Tomorrow

As VR and AR technologies develop, one thing is becoming increasingly clear: we are heading towards a mixed reality future. 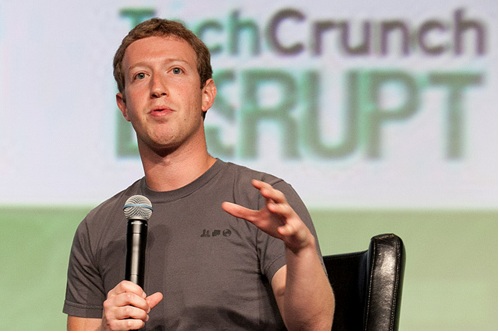 While Mark Zuckerberg’s vision of VR seems to revolve predominantly around its potential in the gaming sphere, another focus was revealed, or at least emphasised, at the launch of Oculus’s new product (Quest) this week. After demonstrating the less restrictive VR experience of the Oculus Quest, Zuckerberg stated his commitment to bringing a number of games to the device.

But then he did something that surprised a lot of people: Zuckerberg went on to show the audience a mixed reality workplace demonstration, which meshed the real office experience, with the virtual. The fact that he chose to demonstrate the Oculus Quest’s ability to do this seems to point towards the tech industry’s interest in the area.

Of course, to say that Facebook is the first company to show serious interest in the area would be ridiculous. Mixed reality has been a relatively prevalent, if not all that obvious, part of day-to-day life for a while. For example, William Hill’s live casino utilises mixed reality to create a more realistic casino environment for online gamers. On its live casino, players can play games like poker, blackjack and roulette with real dealers, rather than virtual ones, with OCR technology translating real-life cards into machine-readable data. These forms of mixed reality are already accessible parts of the market, suggesting the future is perhaps closer than it appears.

Our #holographicAR tech won Porsche’s trust to bring augmented reality to car windshields. Find out whose else.

Another company to look to when it comes to understanding the growing prevalence of mixed reality is WayRay. Founded by Vitaly Ponomarev, WayRay is an in-car navigation system that uses the windscreen to project holographic information onto. The idea is that the user will not have to look away from the road to get their directions. Instead, according to Ponomarev, the virtual will be draped over the real. WayRay claims to meld the two in an intuitive way by displaying the virtual directions at the same focal distance as the real objects.

WayRay is by no means a niche player, having received backing from German car manufacturer, Porsche, and Chinese internet company Alibaba Group, who believe it could be an important player in the future of the automobile industry.

With companies like WayRay fetching hefty investments, it is clear that mixed reality is going to begin to take on more fundamental functions in our lives, possibly transforming it in much the way that the iPhone transformed the mobile phone. Furthermore, with Oculus, among others, focussing on the workplace it is clear that our professional reality could also be changing.

So, the question certainly isn’t ‘if’, but ‘when’. And the answer to that may be clearer than it appears. With a number of mixed reality technologies already forming a decent part of our daily lives, it is clear that the push has already started. However, the apparent fact that mixed reality technologies will start to take over more central functions in our lives suggests that our current understanding probably massively underestimates the potential of mixed reality tech and that our future could be much more deeply influenced by it than we think.