There’s no arguing with the fact that McDonald’s is one of the most famous brands in the world. With more than 32,000 locations in 119 countries, you can always expect the sales figures of most menu items to be astronomical. It helps a lot that these terrific treats come with reasonable prices, according to industry websites like Pricelisto.com.

But which ones are the most popular among all these venerable bestsellers? Let’s check out the sales figures and find out which items are ordered most frequently: 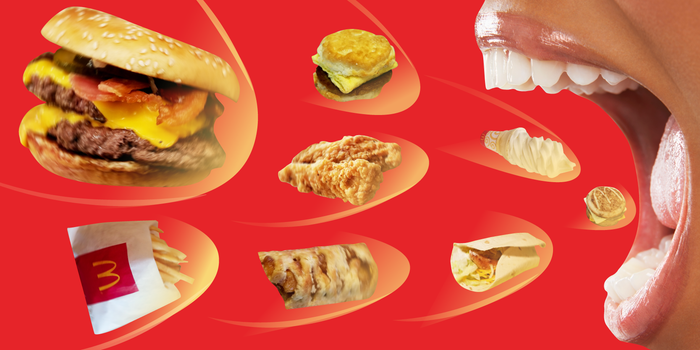 This should come as no surprise that the ubiquitous French fries is number one on this list. Just about everyone orders fries with any McDonald’s sandwich or meal item. Heck, even when you just want coffee, sometimes you can’t help but order some French fries as well to much on.

Just how popular is it? The French fries may seem like an afterthought for some folks, but it’s so popular that this humble accessory to burgers accounts for at least 75% of the McDonald’s sales around the world. McDonald’s sells 9 million pounds of French fries each day.

Would you like a burger with your fries? That’s not how the classic question works, but when it comes to McDonald’s burgers, the Big Mac comes ahead of all the rest when it comes to sales. In the US alone, McDonald’s sells an estimated 550 million Big Macs each year. Take in the rest of the world, and the sales jump up to 900 million a year.

There’s just something about having 2 patties with a bun in between. The Big Mac is a complete meal. Add the fries and soda, and you won’t leave unsatisfied.

Research has indicated that among young adults (between 18 and 24 years old) are 3 times more likely to head on out to a local McDonald’s for a snack than any other fast-food establishment. And it’s pretty evident that of all the available snack menu items, people are opting for the Snack Wrap. McDonald’s sells about 540 million of these snacks each year.

Plenty of families go together to the local McDonald’s for a meal or a snack, and their kids simply can’t get enough of the Happy Meals. It’s a menu item deliberately made to attract kids, which explains why these meals also come with various toys. How can the kids ignore such an option? They get a fun meal with toys—yes, please.

The first Happy Meal came out in 1979 in St. Louis. The McDonald’s execs found out about it, and it didn’t take them long to realize that there are kids all over the US and the world who would want these treats as well. Since then, McDonald’s has sold at least 3.6 billion Happy Meals to happy kids. And these Happy Meals remain a favorite, as about 1 in 5 McDonald’s meals is a Happy Meal.

Nowadays, plenty of McDonald’s establishments open at 7AM, just in time for people to get their breakfast right before they head on out to the office (or school). And surprisingly, the good coffee isn’t the most popular menu item.

It’s a magical combo, which explains why the sales of the Egg McMuffin has helped McDonald’s dominate the breakfast segment of the fast-food industry.