The List of the Best Offline Music Apps for Android

Do you remember Winamp from back in the day? If that’s the case, you can become nostalgic while thinking about listening to your favorite tunes for free on some of the old free music download websites. For music fans, streaming systems like Spotify and its alternatives have become the new standard, and therefore, listening to them totally offline is becoming less common. 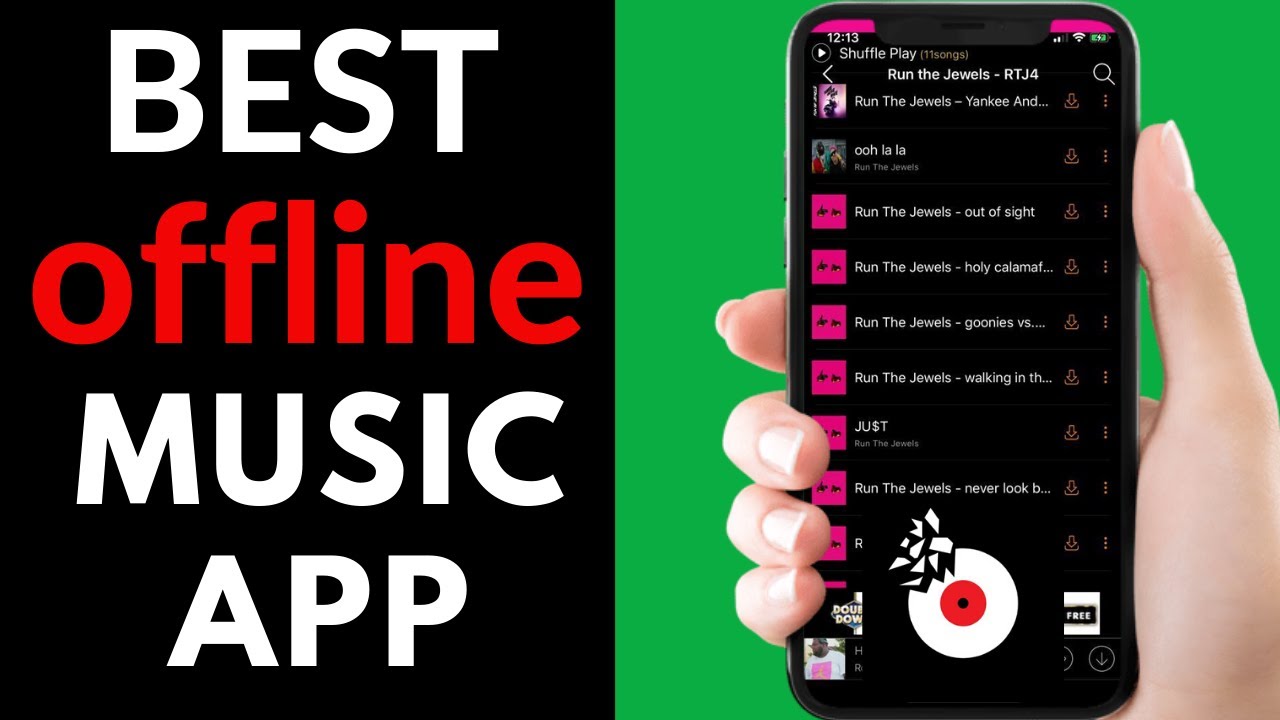 Everyone enjoys music, regardless of their preferences. You’re not alone if you haven’t gotten used to how these online music-listening services function. As a result, there are a plethora of wonderful apps that you can use to listen to your music collection without needing to connect to the internet.

To listen to their favorite songs, most people nowadays use music streaming apps such as Spotify, Apple Music, and YouTube Music. This is because these apps include functionality that was previously only available in Android music player apps. On music streaming services, features such as offline music playing, which allows users to add and listen to music stored locally, are now available.

Musicolet is a feature-rich, ad-free music player with a lot of options.

It lets you operate your music player using earphone buttons; a single click for pause/play, a double click for the next track, and a triple-click for the previous track. You may also fast-forward the song by repeating 4 or more clicks. It claims to be the first Android music player app that supports numerous playlists. Musicolet features an easy-to-use interface with tabs for folders, albums, artists, and playlists. It also has an equalizer, tag editor, sleep timer, widgets, and other features. In terms of functionality, it’s one of the greatest Android music players to use in 2021, and it offers an unrivaled experience.

The multi-queue manager can create up to 20 queues. Editing album art for numerous songs at once with a tag editor. Earphones with advanced music control are supported. Android Auto is also supported.

AIMP is a sophisticated music app for mobile devices. It supports a variety of music file formats, including FLAC, MP3, MP4, and others. You’ll also get access to a variety of customization choices, such as theming and other fun stuff. We had no trouble navigating the app or listening to music because it has a basic user interface. With a decent Material Design UI, it keeps things simple. Its superb equalization, HTTP live streaming, and loudness normalization were highly complimented. It’s a significant improvement over most simple music player apps. If you want to kill two birds with one stone, there is also a desktop version. The main drawback is the possibility of MIUI and EMUI device compatibility concerns.

Gaana is a made-in-India music app with one of the highest ratings. Is there anything greater than this? Gaana, one of the finest free offline music apps for Android and iOS, gives you unlimited access to all your favorite tunes, including radio broadcasts, regional, mainstream, romantic, and party music, among other genres. It’s the greatest offline music software for accessing your playlist when you don’t have access to the internet.

The Phonograph is a fantastic music-playing software. This is partly owing to the several integrated theme color sets; the application’s colors also change dynamically to reflect the content on the screen.

In terms of functionality, it’s very standard, so don’t expect too many bell claps. Phonograph, on the other hand, could be the app for your music player if you want a simple, never-ending listening experience.

The tag editor allows you to easily alter the title, artist, and album name in your music file tags for songs and albums, as well as complete albums.

The Pixel Player is a fantastic alternative to the offline music players mentioned above, with capabilities that are nearly identical. A fantastic musician who can meet all of your musical requirements. You can also listen to free online podcasts and radio stations. Pixel Player has this going for it. A simple user interface for finding and listening to music that isn’t available online. Five-band equalization, bass boost, and 3D sound are all supported. Many equalizers are pre-programmed. Support for an external equalizer (System, Viper, Cyanogen) Furthermore, the free edition of this music player includes adverts, so if you want to listen to music without them, you’ll need to upgrade to a premium plan. Alternatively, turn off your data and listen to music.

Pulsar is one of the most popular free Android music player apps since it is free. It’s ad-free, simple, and elegantly designed, with a stunning user interface and animation. You may even personalize the interface by choosing from a variety of color schemes. Albums, artists, genres, and folders can all be sorted in Pulsar’s library view. Gapless playback, a home-screen widget, a built-in tag editor, a 5-band equalizer (available in the premium edition), last.fm scrobbling, and more are all included in the program. Despite its small size, Pulsar is one of the greatest music players for Android that you should try.

Listen to all your favorite tunes when you’re not connected to the internet! Offline Music Player is a straightforward music player that lets you listen to music stored on your smartphone in great quality and with ease. Users can construct playlists by adding songs to a certain folder, and the tool requires extremely few system resources. Overall, this is a good tool for playing music in a simple and effective manner.

This is a free legal offline music app that lets you listen to an endless number of songs and is one of the greatest music applications that don’t require Wi-Fi to use. This is more of a music community where you can discover new songs and socialize with other music fans. You get recommendations for additional related music tracks based on your listening and enjoyment. This program allows you to import music from SoundCloud and other music-sharing services. You’d adore it if you didn’t have access to Wi-Fi and wanted to listen to music for free.

If you want a music player app for your Android device, however, you can choose from the list above. The appropriate player for you depends on your needs, such as Chromecast support, lyrics synchronization, customization, and a lock screen widget.

We hope you learned something new from this article. Please leave a remark if you have any questions on the subject.

The Risks and Benefits of Using an Image Enhancer