HomeNewsSequoia in Plans to Take over Everstone’s Faces Cosmetics
News

Sequoia in Plans to Take over Everstone’s Faces Cosmetics

Personal care industry has seen some significant turnaround in the global market. With a large number of market player focusing on the acquisitions and mergers to expand their product portfolio and regional network, there have been immense opportunities upcoming in the coming period.

Sequoia Capital, a venture capital firm has inked an ultimate agreement to take over the Faces Cosmetics from its owner Everstone Capital. The acquisition deal was announced in a press release by the Canada-based skin care and cosmetics product maker. 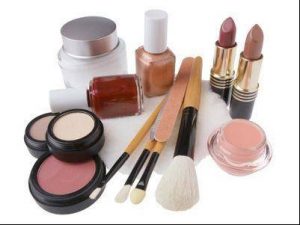 The company hasn’t revealed the figures of the acquisition deals and other information such as transfer rights of Face’s business, its oversea subsidiaries, and brands.

It has been also stated that the faces business will be driven by the current lead of the management team, Sharmili Rajput, post acquisition.

Managing Director of Sequoia Capital India Advisors, Abhay Pandey said, “The Sequoia team will function with the management of Faces to deploy operational proficiency to unchain the brand’s packed potential, to make noteworthy investments, as well as to enlarge its product portfolio and network.

The release also states that managing partner of Everstone Capital, Rajeev Shukla will retain to keep his personal stake in the Faces.

Faces Canada’s Indian subsidiary Faces Cosmetics India Pvt. Ltd had declared profit returns of Rs 39 Crore in last fiscal year, based on the data received from the concerned companies. The company also witnessed a loss of Rs 21 Crore. Thus, the company also stated that its brand sales figure went over Rs 100 Crore in the previous year.

Previously a private equity firm backed by Future Capital, Indivision India Partners had acquired Faces. Indivision invested about $16.26 Million in the firm for 76.95% stake based on full dilution. Thus, later on, post exit of the Future Capital from the business, Everstone took over the control of the Indivision.

However, there have been some exits made in the Everstone portfolio comprising Sula Vineyards, Global Hospitals, and Lilliput Kidswear.

Focusing on the other deals accomplished in the cosmetics sector includes, two acquisitions made by Dabur India Ltd in personal care and hair care segment in Africa. Godrej Consumer Products also took over a hair care product firm, Strength of Nature LLC in 2016.