Although convincingly good methods for eliminating the body of main tumors have been designed over the years, avoiding metastasis is yet a huge concern. CTCs (Circulating Tumor Cells) break away from set up tumors and wonder off to begin fresh in different regions of the body. To avoid CTCs from securely wondering via the blood stream, scientists from University of Arkansas for Medical Sciences, Georgia State University, Siberian Branch of the Russian Academy of Science, and University of Arkansas at Little Rock have united their knowledge in various fields to utilize nano-scale gadgets named as spaser to slay CTCs. 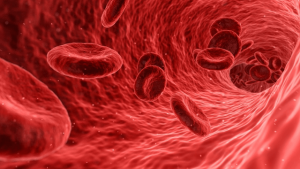 Spaser is a short form for “Surface Plasmon Amplification by Stimulated Emission of Radiation.” It is also called as a plasmonic laser. Just almost 10 Nanometers in radius, a spaser is capable of absorbing light, leading it to heat up. The heat can be so immense that surrounding cells are swiftly smashed by the spaser.

The spaser designed by the scientists has a gold center. It also consists of an exterior coating of silica coupled with an uranine dye. This uranine dye assists to locate the position of the spaser. In order to aim main cells of tumor, the spaser consists of a folic acid (which has vitamin B) molecule connected to its surface. Tumors on their cells are likely to exhibit huge numbers of a folate receptor, while fit cells have low concentrations of these receptors.

When inserted into the blood stream, the spasers unsurprisingly connect to CTCs that they face. Once the spasers are offered time to link with CTCs, a laser light is then driven into the blood, which heats up surrounding spasers and kill any CTCs that may be linked to them.

All this is just in the research stage and will have to be established out in animal surveys and expectantly further on mankind. Nonetheless, the technology is probably safe and potentially revolutionary. “There is no other approach to dependably destroy and detect CTCs,” said Dr. Mark Stockman to the media in a statement. Stockman is professor of physics at Georgia State and the director of the Center for Nano-Optics. “This is the beginning. This biocompatible spaser can hunt these cells and kill them without damaging or killing fit cells. Any other chemistry will injure and probably kill fit cells. Our discovery might play an essential role in offering a life-saving, better treatment alternative for cancer patients.”