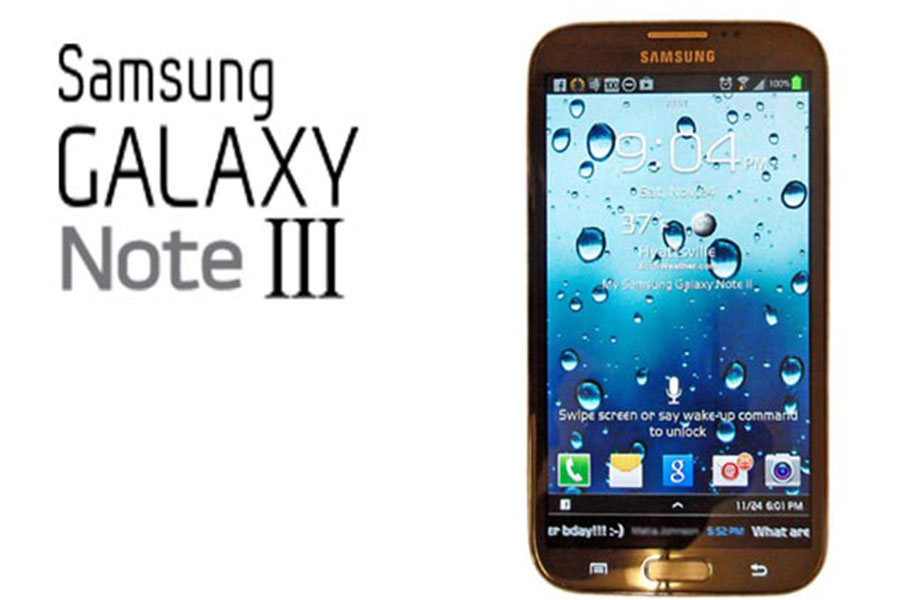 The presentation of the Game Pad, one gaming accessory that supports devices with screens up to 6.3 inches “triggered” rumors of a new Samsung Galaxy Note III to these dimensions, which was also heard in the past.

However, it seems that the Korean

company, according to recent leaks, does not select this dimension for the “big” model, but that the 5.9 inch screen.

That, at least, say “Korea Times” a publication that states that one of Note III 5.9-inch display, the company will in the week on AT & T later released in the U.S. (probably, of course, and Balance in the world).

Apparently, the American network executives have meetings in Korea to discuss the promotion of the new model in the U.S. is expected to see a mockup of the Samsung Galaxy Note III during them.

According to the information so far, the Galaxy Note III will feature 5.9-inch OLED screen with a resolution of Full HD, while incorporating the Exynos 5 Octa, without, of course, some of these specs have been confirmed.

As for whether the Samsung prepares final model dimension and the screen 6.3 inches, it seems that this is the Korean company plans to release in the first half of the year, but it will not be one of the “flagship” of instead it is a more budget proposal. To see then What we still prepare the Koreans for next time?