Rentomojo Bagged Series B Funding Of $10 Million From Bain Capital

An online business model has loads of potential to pull up the businesses and bring them under exposure of the real world. In this advanced phase, all services and products are promoted through online mode. Everything that can be rented or purchased is converted into a sophisticated business model.

Bangalore-based online rental platform RentoMojo that is operated by Edunetwork Pvt. Ltd. raised a Series B funding of $10 Million (Rs 64.3 Crore) that was led by Bain Capital Ventures and Renaud Laplanche. Laplanche is a French–American entrepreneur. He is the CEO and Founder of the US-based lending platform, Upgrade, that deals in unsecured loans. He also has an early established lending platform, Lending Club, that operates in a peer-to-peer format. Lending Club is also indexed in NYSE. RentoMojo is an online rental market place for bikes, home appliances, and furniture. The company’s current investors IDG Ventures and Accel Partners also took part in the investment round. Laplanche will join RentoMojo’s board. 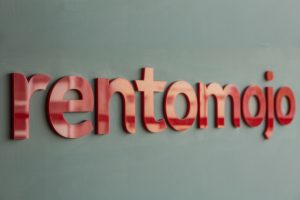 The company intends to utilize the funding to strengthen its product, spruce its leadership team, and explore more categories and regions.

Salil Deshpande, managing director at Bain Capital Ventures said, “India is the country where people who belong to lower class or middle class find it very difficult to get credit, RentoMojo on that grounds has developed a valid outpost in several categories that are neglected in the subscription based economy that has is capital-efficient dual-sided market place, without network effects and balance-sheet risk.”

The online rental startup was established by IIT Madras graduates Geetansh Bamania and Ajay Nain. The startup offers various plans for the users in terms of discounts, tenure flexibility, and many other. It has planned to put up more categories in the coming months. It believes that leasing delivers more value than lending. Specifically, the current generation that prefers to pay based on their utilization than buying.

RentoMojo presently has its services in metro cities such as Hyderabad, Bangalore, Pune, Mumbai, Gurgaon, Chennai, and Noida and anticipates to have more than 25,000 subscribers on board.

Some of the other funding rounds in the renting space include Bengaluru-based GrabOnRent Internet Pvt. Ltd. that bagged $3 Million in Series A funding from Unicorn India Ventures and IvyCap Ventures. Moreover, RentOnGo that has a similar business model as of RentoMojo reported a funding raised of an undisclosed amount from TVS Motors.