HomeGeneralPotential Benefits of Sleeping On Your Left Side
General

Potential Benefits of Sleeping On Your Left Side

The duration of sleep is essential for physical, emotional, and mental well-being. However, did you know that your sleeping position could also have a huge impact on your health as well? Researchers have found that sleeping on your left side can have enormous benefits for your general health. The theory stems from an ancient tradition known as Ayurveda, which was a holistic approach to medicine and health from India. The success of this holistic approach in India has fueled its growing popularity in other parts of the world. 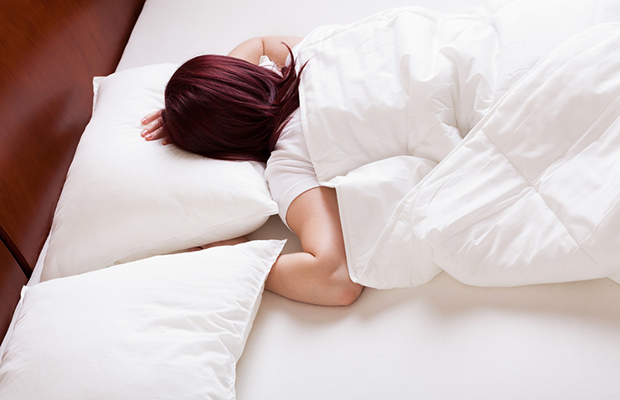 Experts also recommend that women sleep on their left sides when they fall pregnant. It is believed that sleeping on the left side while pregnant will improve the woman’s circulation. It can also prevent the uterus from applying too much physical pressure on the liver, and relieve the pressure on her back. In addition, sleeping on the floor on the left side is believed to help increase the blood flow to the fetus, kidneys, and uterus in pregnant women.

Sleeping on your left side can also aid in digestion as many studies have shown. The simple matter of gravity is what makes most experts recommend sleeping on the left rather than the right when it comes to improving digestion. Sleeping on your left side allows the food waste materials to move easily from the large intestine into the colon. If you sleep on your left side, you will most often wake up with a bowel movement. Furthermore, sleeping on this side allows the pancreas and the stomach to hang naturally, which can allow the digestive process and production of pancreatic enzymes running throughout the night allowing for better digestion.

Another great potential benefit of sleeping on your left side is that it may alleviate acid reflux and its symptoms. This is because the stomach lies on the left side and sleeping on this side allows the organ to hang naturally. If you happen to be suffering from heartburn after a meal, trying lying down on your left side for approximately ten minutes. You will notice the heartburn will dissipate, but the same cannot be said if you lie on your right side.

In order to start sleeping on your left side, you need a mattress that is excellent for side sleeping. A gel memory foam mattress is soft and comfortable necessary to relieve the pressure on the shoulders and hips caused by sleeping on the left side.