Voice search of Google is among the rapidly developing features for the mobile phone application. And now, the firm has declared support for few more Indian languages. It will be now including Gujarati, Marathi, Bengali, Telugu, Malayalam, Urdu, Tamil, and Kannada. In total, 8 more Indian languages will be supported by Google. Now, 119 languages are supported globally. So, the native speakers of any of these languages will be enabled to direct voice queries instead of depending on English or Hindi all the time. 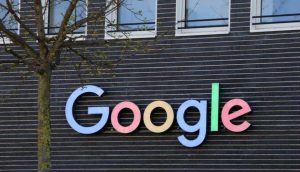 The language support feature will be component of the Gboard application on Android and Search via the Google App. To make use of any of these new languages, all that a user has to do is head to Google Search app’s Settings and then opt their language of choice in the Voice settings menu. Users, on Gboard, can select the language after installing the application on their device. Once done, it will enable the user to just tap on the microphone icon and start speaking.

The company mentioned to have functioned with the native language speakers so as to gather the samples of speech. This method assisted in coaching the machine-learning models of Google to comprehend the words and sounds of the new languages. Google says depending on real sample also enhanced the search accuracy. And also the voice search will develop finer gradually, once more users use it and the machine learning systems will accordingly learn more.

Google, earlier this year, declared the roll out of new features and products to assist produce more language content and deal with the requirements of new users coming online. Thus, this change chiefly comes as a majority of users favor to use voice to utter a message as it is expedient and also quicker than typing. Voice Search, with a mobile driving search around the globe, is one feature that will persist to develop. Speakers from Amazon, Google, even Apple all depend on Voice Search.

Meanwhile, Google-KPMG’s report mentions that a projected 536 Million Indians are anticipated to utilize regional languages by 2021 while remaining online in comparison to nearly 199 Million users who are assumed to access the Internet in English. This development will be boosted by rising affordability of data charges and devices as well as the accessibility of more local content.

The company said, “Voice search in these 8 new languages will be accessible in Google Search on Android as well as iOS. These will also be extended soon to other products and apps of Google, comprising the Translate app.”