Ikea, Swedish-based worldwide dominating furniture retailer is now gaming on the new market spaces. The emerging markets such as India will be the upcoming target of the company. The move is to counterbalance the effect of dawdling growth in various global markets, as the Swedish company hunts to spruce the costs to get through the competition from low-cost furniture makers.

The company believes in strategy to roll out four new launches instead of one big launch every year. It is also executing some big moves in multichannel retail. 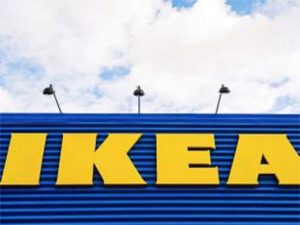 MD, Ikea of Sweden, Jesper Brodin said, “We are determined to take the stores to new developing markets such as India.”

Ikea will launch its stores in India by next year starting with one store each in Maharashtra and Hyderabad. The company plans to launch 25 stores in the country by 2025 with an investment of around Rs 10,500 Crore. Ikea, which makes its home decor and furniture products on a low-cost model, will imitate its accessibility and affordability arrangement in Indian market as well.

The furniture retail company at present stage has around 389 stores in 40 nations. It reported a turnover of €34.2 Billion in 2016 financial year. Presently, it has a huge base of 200 Million households and 600 Million customers, even though it has witnessed a slowdown in some markets.
Brodin said, “This year will exigent in terms of sales. With the consecutive years of great sales, the present year has seen a drop in the launch figures, changing consumer behavior, and inflexible low-price competition. The sales objectives are descending for the year, but we are very ambitious and buoyant about our plans.”

“Based on the sales value of FY16, the companies top five retail markets were the U.K., Germany, the U.S., Sweden, and France. There has been a drastic change in consumer’s behavior in terms of purchase preferences owing to multichannel retailing and e-commerce,” Brodin added.
He also said, “Shopping style of consumers is changing and the selection criteria depend on the broad range of product availability. The competition to acquire the marketplace is getting furious day-by-day. We will have to act more aggressively in the market by maintaining the offset of price-to-volume equation, which is the part of Ikea’s DNA.”

The company while talking about the upcoming plan of action stated that there will be a boost in the innovation, focus on quality to reposition the brand, and launching brand new living rooms.

Ikea has already talked with its consumers regarding the upcoming stores and product that will be added to its catalog. In addition, the company is embracing the digital platform as well.