HomeNewsLaunch of Uber bike taxis in Punjab by next week
News

Launch of Uber bike taxis in Punjab by next week

By next week, a new service will be launched in Punjab and Captain Amarinder Singh, Chief Minister, will be flagging off the primary group of 100 Uber bike taxis, within a new scheme intended at producing jobs for the unemployed youth of the State. An official spokesperson told that there was a brief discussion held between Chief Minister and the South Asia Public Policy Director of Uber, Shweta Rajpal Kohli, in Chandigarh to finalize the unveiling of the scheme. This is expected to generate around 10,000 livelihood openings in the next 1 year in Punjab. 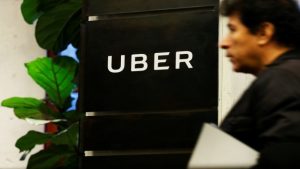 After the meeting, Kohli told that a total of 45,000 jobs will be made available within this scheme in the next 5 years. In May, approval was given by Captain Amarinder to roll out the “Baxis” or bike taxis in the State as the part of the “Apni Gaddi, Apna Rozgar” program of the Government as vowed in the Congress Assembly poll manifesto. The spokesperson also told that after the meeting the company was also considering to initiate 7-seater vans in the State.

Kohli told that since last 3 years Uber has existed in the state and already has produced 10,000 jobs and also its new bike-sharing service, UberMoto, was consistent with the promise of the company to provide reasonable mobility alternatives for riders as well as low-entry barrier micro entrepreneurship prospects for drivers. Apart from job generation, the program will motivate youth to involve in entrepreneurial business, while enabling last-mile connectivity for travelers in regions not reachable by regular 4-wheeler taxis.

Through this policy—at present, in the finalization process by the transport department—the new and existing motorcycle owners will be capable of getting commercial permits and licenses to ride 2-wheelers as pillion taxis. Demanding nominal investment, the program is anticipated to generate a major opportunity for the unemployed youth to initiate their own business. The government intends to associate with major taxi operators, such as Uber and Ola, to assure the success of the plan, under which the youth will be anticipated to recompense their loan in 5 years.

Few of the other schemes on which the government is functional on comprise Hara Tractor and Yaari Enterprises. Within the Hara Tractor scheme, around 25,000 tractors and agricultural tools will be provided to the unemployed youth at subsidized charges to allow them to initiate their own agriculture service projects. On the other hand, Yaari Enterprises will be directed at encouraging small enterprises initiated by 2 or more entrepreneurs, via subsidy of 30% up to an utmost investment of Rs 5 Lakh.