HomeNewsIot-Enabled Roads to Start in Bengaluru This Year
News

Iot-Enabled Roads to Start in Bengaluru This Year

Internet of Things (IoT) is now eyeing the world of construction as well. The IoT is being used in a number of devices so as to help the individuals stay connected to their technologies even when far off.

Recently, Bengaluru has taken up the decision of using IoT on the roads, especially in the central business areas. The government along with a group of engineers plans to develop at least a stretch of about 7 km road known as the “Smart SURE” roads. The term itself means a street that will be made IoT-enabled for the citizens. Bengaluru will have the technology embedded in the Vidhana Soudha vicinity including MG Road, Commercial Street, and Brigade Road. 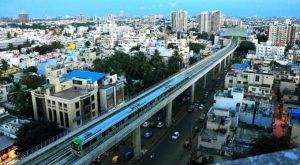 Bengaluru smart roads will have about 50 smart card-facilitated public bicycle sharing points, water ATMs, 50 well-known vending kiosks, 35 e-toilets, and 420 sensor-embedded smart dustbins. The best part is all these smart technologies will be connected to around 1250 smart telecom towers, which can be designed to function as a light pole as well. All the Internet addicts can now enjoy the Wi-Fi connectivity service when on the road.

Looking at so many changes going to be made in the city, the government surely wants Bengaluru to turn into a Smart City. In order to make the dream of a smart city come true, the government plans to invest Rs 2090 Crore in the Smart City project. This futuristic idea of turning India’s IT capital into a Smart City is something BBMP’s have been trying to get inked in Prime Minister Narendra Modi’s list.

Lately, the government plans to spend about Rs 1166 Crore on the 21.8 sqkm area including the commercial streets of Brigade Road, Avenue Road, MG Road, Commercial Street, and Chickpet as well as roads Pete and Cantonment filled with old markets and turn it into Smart SURE roads. These roads will be tender based that is Tender SURE roads. Based on the Tender SURE road guidelines, the 51.6 km roads will be transformed using the smart towers. The use of smart towers will help facilitate lights, Wi-Fi connectivity, smart dustbins, smart parking, and others.

There is also another project including the renovation of the Russell market, Malleswaram market, Cubbon Park, KC General Hospital, KR market, Majestic and Shivajinagar bus depots, Swathanthra Palya slum, as well as Ulsoor and Sankey lakes. The work will be secured and supported by the special purpose vehicles (SPV). The notice for approval of the use of SPVs has been sent to the cabinet and after which the tender work can be floated.

In terms of funding, about Rs 500 Crore from the State and Central Governments and the rest from the public–private partnership will be achieved to reach the goal of Rs 2090 Crore. As per the State Government, this Smart City project will go hand in hand with the planned expenditure.