Kaspersky Lab has recently developed a new free version of its antivirus software that will be launched all across the globe. The product is currently in a situation where it proves to be vulnerable to the Russian Government influence. The Moscow-based company has decided on making the free version “Kaspersky Free” available in regions including Canada, Asia Pacific, and the U.S. The other nations could avail the software in the coming months. 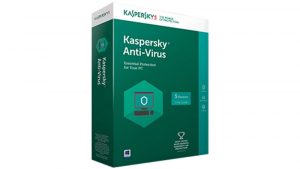 The Kaspersky has come up with the free version not with the intention of competing with the paid version but just to offer the minimal essentials including web and e-mail antivirus protection along with an automatic update option. The free version would help all the Kaspersky customers by enhancing the machine learning programs across the systems.

The product has been unveiled after the succession of the pilot version in countries including China, Russia, Ukraine, and Scandinavian. Since 18 Months, the Kaspersky Lab has been working on the free version and at last conquered it. The anti-virus software company is currently one of the dominating organizations present on the globe. However, the company is being bombarded with questions and criticized over its connections with Russia’s Federal Security Service.

The countries Russia and the U.S. are at the lodger ends owing to the Russia’s invasion of Crimea and the U.S. intelligence pointing a finger at Russia for the occurrence of hacking at the U.S presidential election. Hence, the U.S. is not so keen on the new product being launched. Russia has denied the allegations of hacking and the Kaspersky has also raised its hands high up when accused of connection with the Russian Government or any other government. However, the U.S. is no longer interested in keeping the company on the vendors list of the technology product sales. President Donald Trump has already given his order to eliminate the company from the list.

The regulations have become so stringent that the Department of Defense has been prohibited from suing the Kaspersky product. After the U.S. backing out from purchasing the anti-virus software, Kaspersky has witnessed a huge dip in the sales of the software and business. Hence, the company is also looking out to cover its losses by experimenting with its software or developing free versions.

Kaspersky is adamant of clearing all the allegations and build a new cordial relation with all its customers. For now, the company has its free version launched only in some countries.