The days are soon going to get vanished where the purchase of gold as an investment will be done only through the gold bonds or the license vendors and jewelers. First came in the gold loans in a commercial way and now in this technological era, it’s the online platforms selling gold following security and purity parameters. 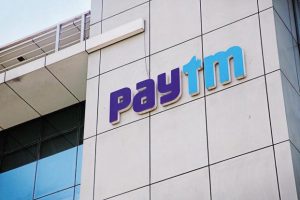 Paytm, which is a dominating e-commerce player, has projected to sell approximately 5 Tons of gold which is valued approximately $200 Million in the present year through its platform. The company is working hard to build up a feasible business through its e-wallet.

Indian e-commerce market is flooded with various E-wallets such as MobiKwik, Paytm, and Citrus Pay, which enable the user to transfer the money into virtual wallets through smartphone apps. Thus, many of the players are presently striving to achieve a profitable and reliable model that is long-term.

Paytm, which is backed by China’s Alibaba and Japan Softbank Group, is looking forward to leveraging the customers to buy and sell gold through its e-wallet and getting a slice on every transaction. A senior executive at Paytm, Krishna Hedge, said, “This is our path towards wealth management.”

Based on the global ranking, India ranks at the second position in the listing of the largest gold consumer (China ranks first), with a majority of Indian population investing in gold as saving, way out to get around through the inflation, and gifts on special occasions. India individually imports 800 Tons of gold per year.

Paytm looking at the strong influence of gold in Indian market introduced its gold offering in April 2017 and projects to sell around 5 Tons of gold by end of the fiscal year 2017–18. The value of gold as per the present rates will be approximate $217 Million.

Paytm’s platform will enable the customers to buy and sell gold, no matter in what quantity or of how much amount. Customers can even buy with a minimum amount of Rs 1 via Paytm’s platform. The Paytm also said that the gold will not be just limited to trade, but will be also delivered across India in the form of coins, for those who want the metal to be physically delivered. Hedge affirmed that it will be a real physical gold that is securely stored in our vaults once the customer makes a purchase. The sourcing of the 24-Carat gold is done from venture amid Swiss gold refiner PAMP and Indian bullion importer MMTC.

Paytm, on the other hand, is also strategizing to roll out financial services through its Paytm bank.