There are two popular ways to organize the work of the team: to let the process go on its own or to stand with a stick behind your back, so that the creative person gave the job on time. Both of them fail. 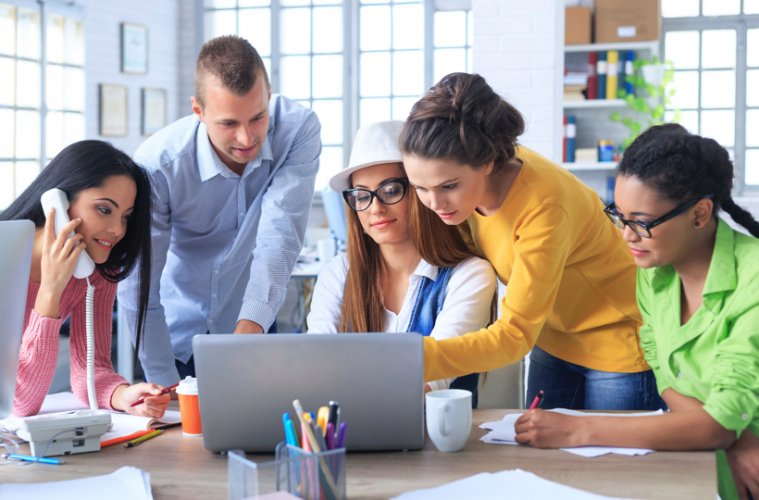 Some time ago, when clients said that we were in a design studio doing creative work, I felt uncomfortable. Sometimes it even pulled them away: at that moment, I was absorbed in developing a system that would set the stage for our unrestrained creative energy.

The System VS Creativity

Of course, I was wrong. The author’s design project or already implemented interior is the result of creative work. Because, on the one hand, clients would not have come up with such a solution on their own, and on the other hand, I already understood that behind this result is: the internal machine, which was assembled in parts for a long time.

While building the system, I studied project management. But the introduction of processes from classical project management periodically led to transfer (on an empty place), and then there was a different task – not to kill the motivation of the team, not to hurt the fine psyche of a talented employee. It was clear (although I guessed by my own example) that creative people are much more sensitive to any frames than others, and their personal motivation may be quite unusual. So what is the problem in general?

In the conventional sense, creativity is something spontaneous, nonlinear and (oh horror!) unpredictable… In a design studio, where it is necessary to constantly maintain a given quality of projects, and also to observe deadlines, unpredictability is equal to ungovernability, and this, in turn, can lead to failure of deadlines or reduce quality in general.

Today, the designer has inspiration – a masterpiece. And what if tomorrow or within the next two weeks it will be gone? What if it’s not an individual artist or architect, but an entire team that must work without failure? No client will want a designer to rest and reflex on his project, not to mention to maintain the profitability of the project. That’s why you won’t be able to let go of the creative process. Only a few creative people can successfully control themselves and work like clockwork. Is it even realistic to make the result in the creative sphere predictable?

If you look at any kind of art in which people interact, it is always a system with blanks, plans, samples and mockups (designers use them to check the result, like business card mockups) and well thought out safety nets, otherwise a bad mood or an error of one person can destroy the result of the team.

Moreover, work in the art can not be creative from beginning to end, as it seems to many people. In reality, it consists of moments of insight, followed by hours of work, finishing and remodeling. And as a percentage, of course, there is more work. The higher the level of the master, the more carefully he polishes the result.

The best example is the ballet production. The spectator who comes to the performance, sees the magic images from the hall, but for the artists on stage is a hard machine, where every movement is written in seconds. In the moment, the soloists put their vision and soul, but each of their pas – part of the honed script, which for years and almost without failure is observed from performance to performance.