How Technology Is Shaping the Construction Industry

Construction is big business, projected to top $12.7 trillion globally within the next three years. It is also especially susceptible to the influence of technology since firms operating in this industry are perpetually on the lookout for ways to cut costs, improve efficiency and combat safety concerns.

There are a variety of tech solutions being introduced to construction at the moment, tackling the challenges that are present with most projects and improving upon the traditional techniques which are no longer fit for purpose. Here are just some of the tools and services that will determine the trajectory that this industry takes over the next century.

In the digital age, information is more prevalent and powerful than ever, largely because organisations now have the right platforms at their disposal to properly collate and analyse the unending streams of data that are being generated.

For construction firms, the scalability of cloud computing and the potency of the analytical tools that it can support are eminently advantageous.

The means by which data is collected are also evolving, since in the past it was tough to monitor the type of activities carried out on construction sites. Now operators are adopting wearable devices, satellite tracking systems, smartphones and other solutions. Whether using a chain hoist, operating earthmoving equipment or working at height, employees and the machinery they are responsible for can be monitored to harvest actionable information and gain insights in real time.

Experts also forecast the increased relevance of next generation connectivity as part of the big data ecosystem in the construction industry. 5G networking is expected to play a major part in catalysing this in the next decade. Faster interactions between smart devices will allow data to be shared more readily while further accelerating on the fly analytics and decision making. 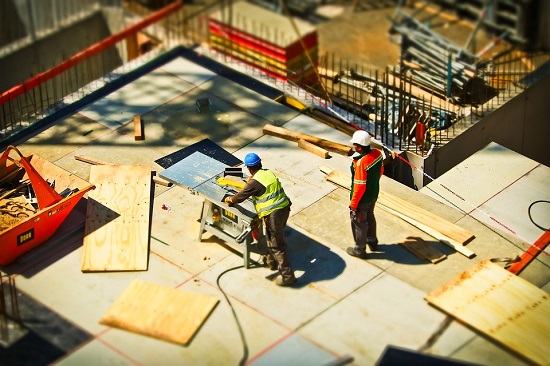 The information that will fuel the construction industry going forwards thanks to big data is not just likely to be relayed to human workers on-site, but will also dictate the operation of heavy equipment that is able to act almost entirely autonomously.

This is not some science fiction pipe dream, but rather a reality which is already being put into practice in certain parts of the world.

From driverless all-terrain vehicles which can serve a variety of purposes to digging equipment with specific functions in mind, autonomous technology is emerging rapidly in this field. There are plenty of benefits that go along with it, including the ability to keep the equipment moving around the clock to help speed up the pace of work without sacrificing safety or putting up with steep labour costs.

Another important asset in the move towards automated construction is the drone. Airborne site surveying via UAV is emerging as an option, while systems that combine drones with driverless equipment on the ground aim to further reduce the risks of collisions occurring.

The side effect will, of course, be a reframing of how human jobs on construction sites are allocated. People will be saved from having to do backbreaking physical labour and will instead be able to take on supervisory roles, overseeing the autonomous equipment and ensuring that any obstacles that are encountered can be overcome without relying solely on emergent technologies. 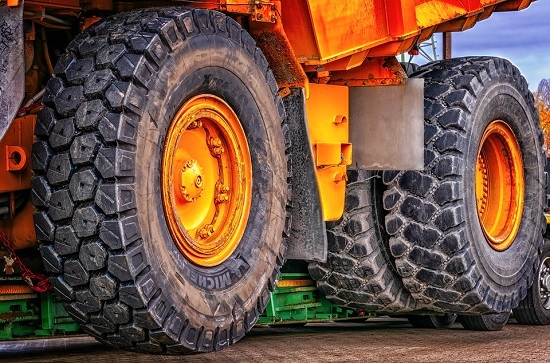 The age of human-operated machinery are numbered.

Stone, steel, wood and earth have been the literal building blocks of our construction efforts for decades, even centuries. However, there are limitations to these incumbent materials and researchers are always looking for fresh alternatives.

Concrete which can heal itself thanks to bacteria embedded in its structure is one such option, combining old and new technologies in a clever, cost-effective mix. As cracks appear over time, these will be knitted together again without needing to be interacted with by humans.

Recycling also has a big part to play in determining the kinds of materials that are used in construction, with plastics a particular target for this type of activity. Old drinks containers can be turned into everything from energy-saving insulation to road surface additives.

Even standard materials are being adapted to tackle environmental issues while also providing suitable structural stability to be appropriate for construction purposes. Bricks designed to filter pollutants from the air in cities are just one example of how technological innovations are changing the construction industry in a significant way at the moment.

One serious issue that the construction industry needs to overcome is that of having access to an adequate number of workers to fill positions on the sites that are constantly popping up around the world.

Autonomous equipment will go some way towards alleviating this, while big data analytics will help to identify efficiencies that will make up for employee shortages. However, the real game-changing technology that many firms are banking on to fix the problem is artificial intelligence.

AI is set to become interlinked with every other aspect of construction industry tech going forwards, providing the intellectual oomph that will allow for all of the other systems and equipment to function optimally and with as few errors as possible.

This will not only result in changes to the way that sites operate, but will also cause a shift in the way that buildings are designed in the first place.

Once again, concerns about how this will impact the jobs of the world’s architects have been raised, yet many advocates believe that humans and AI systems will work together rather than being at odds with one another.

Just as the development of the combustion engine allowed machinery to bear heavy loads and lessen the dangers for human workers over a century ago, the emergence of modern technologies driven by data and machine learning will make life easier for people in this industry rather than erasing them from it altogether.

That is not to say that there will not be some setbacks and complications in the process of rolling out these solutions. Rather the long term future of the industry is inextricably tied to the development and perpetuation of technologies that are seeding their influence in every part of the business world.

AI will shape the buildings of the future.