When it comes to sports, football is an undisputed crowd favourite. The beautiful game is by far the most popular sport across the globe, with over 250 million active players. Hundreds of countries regard football as their national sport. Superstars like Cristiano Ronaldo have amassed a record-breaking following on social media, while household clubs are now powerful brands with global reach. So, how did football come to be such a worldwide phenomenon? Let’s find out. 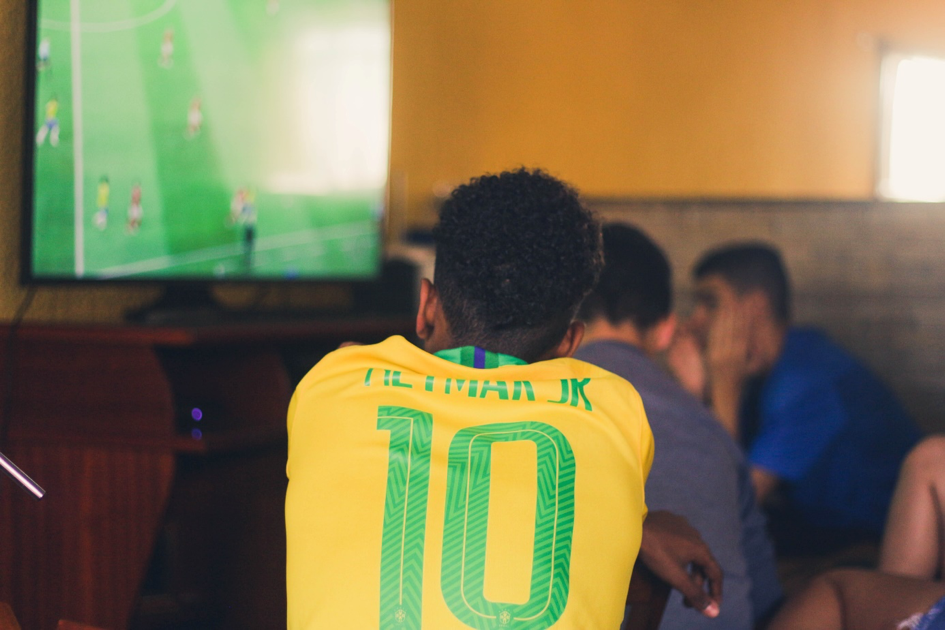 A long road to modern football

First things first, when and where did football originate? From the Aztec game of Tchatali to the Chinese Cuju, the debate is still ongoing. Ball games were even recorded in Ancient Greece, although their low status deemed them unworthy of the Panhellenic Games. The fact remains that the earliest known version of the beautiful game dates back to ancient times.

However, the game we now know as football truly started taking form in medieval England. The passing of the centuries eventually toned down its most brutish aspects, as exemplified by the violent Italian Calcio Fiorentino, whose matches often proved deadly. And football decisively changed in the 19th century.

The emergence of professional football stemmed from schools and universities, as former school students congregated to create clubs. In 1848, eight Cambridge undergraduates agreed on a set of eleven harmonising rules. The infamous Cambridge Rules notably banned the carrying of the ball, establishing a clear distinction between football and rugby.

While the first international tournament only comprised British nations, the football craze quickly swiped through Europe. Before long, European immigrants spread the word internationally, such as Thomas Donohoe in Brazil. By the turn of the 19th century, Argentina introduced the first-ever league outside Europe, soon to be followed by the Calcutta Football League in India. And from the 1880s to the 1930s, countless clubs were founded throughout Asia and Africa.

A passion around the world

Fast forward a century, and the beautiful game is nothing short of a global phenomenon. Football is the national sport in most of Latin America, Africa, the Middle East, and Western Europe. Even the Asian continent has jumped on the bandwagon, with countries like Singapore embracing association football as their national sport.

Incidentally, betting sites in Singapore include many options for football fanatics. Punters can find the most favourable odds thanks to online reviews comparing multiple bookies. Lofty bonuses await, ranging from free bets to cashback rewards. While top platforms offer an extensive array of sports to wager on, football betting is hugely popular as every continent boasts top-tier leagues.

Evidently, European leagues attract the most attention. Historic clubs such as Bayern Munich and Liverpool account for most of the world’s football icons. La Liga’s FC Barcelona and Real Madrid share a combined following of over 500 million fans on social media. Meanwhile, the Champions League final pulls in over 400 million avid viewers worldwide.

But other continents are putting their foot in the door. In America, the MLS is gaining traction by appealing to big stars in their prime. The Uruguayan Primera División and the Brasileirão Assaí have a reputation for fostering an unending stream of wonderkids. The Chinese Super League is also making headway, while the K League United boasts many top talents with international experience.

The reasons behind football’s mass appeal

As of 2022, FIFA comprises 211 members. Why then is football so tremendously popular in virtually every country on the map? At first glance, the game’s accessibility comes into play. Contrary to sports like tennis, kicking the ball requires nothing more than a pair of shoes. Any place may turn into a football pitch, and any wall into a makeshift goal post. Even a ball may be replaced by a cheaper alternative.

As for professional football, the hype of international events like the Olympics and the FIFA World Cup is a major draw. And the numbers speak for themselves. In 2018, more than half of the world population watched the World Cup. The final opposing France and Croatia alone gathered a swooping 1.12 billion viewership.

Football is truly an international affair. Legendary games and unanswered mysteries surely played their part worldwide. But the game may not have reached its peak yet. The soaring popularity of women’s football, indeed, may take the beautiful game to further heights in the future.