Games On The Rise In VR

Over a year ago, we took a look at some VR gadgets that at the time were just beginning to emerge. You may remember the atmosphere surrounding these gadgets early in 2016. We were just getting used to the capabilities and promises of devices, from the convenient Samsung Gear VR to the ultra-capable HTC Vive. And there were countless articles written about the apps that might be designed, or the games that were just around the corner. It was as if we’d collectively stumbled on an entirely new entertainment concept and we just couldn’t contain the speculation.

Now, some 16 months after that last piece we posted on VR, we have a clearer picture of what the gaming market will look like on these devices. Truth be told, a lot of the existing experiences are still relatively barebones in nature. The focus, in the first full year of VR device availability, was on crafting gameplay to suit the new medium, and building up creative but experimental demos. There are still some fabulous games on the market, to be sure, but there’s been a clear feeling that the VR market hasn’t yet pushed itself to the heights that will define it. 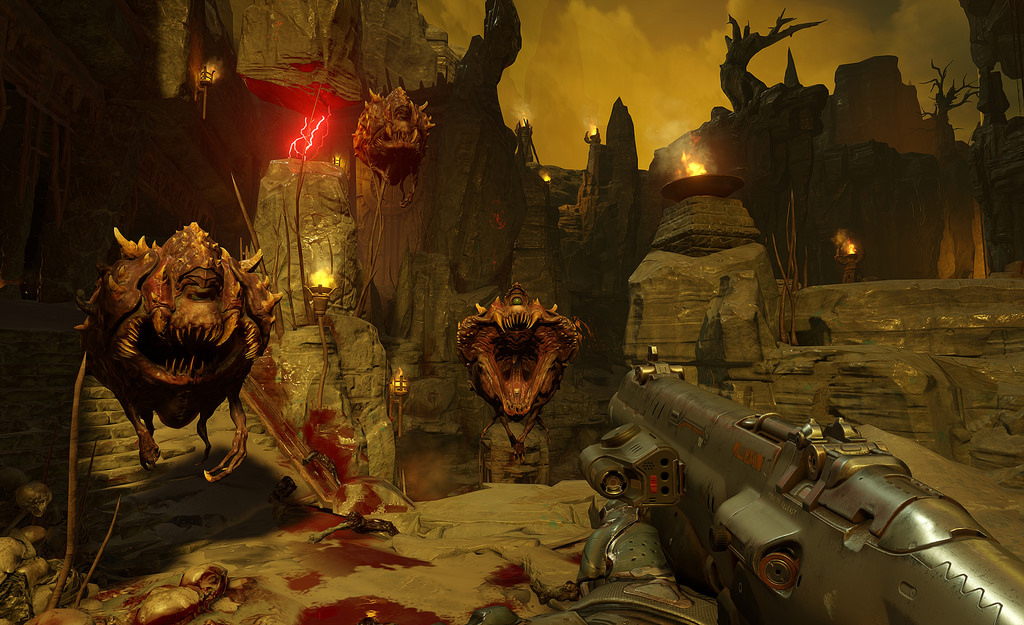 With some games growing more refined and others seemingly peeking from around the corner, however, we’re now beginning to gain a clearer picture of the games that will soon be on the rise in VR.

The most important games are going to be open world titles that have long existed on popular consoles, but which have been slow to make the transition to virtual reality. Bethesda, one of the more accomplished studios in modern gaming, is leading the way with three major games being put out for VR devices. Those games – Doom VFR, Skyrim VR, and Fallout 4 VR – have already generated mixed reviews. Some believe they’ll be extraordinary, and others think they could almost result in a kind of sensory overload. However, one early report pointed out that Doom in particular implemented a whole new system of moment that works extremely well and reduces risk of nausea. Skyrim and Fallout 4 reviews weren’t quite as encouraging in the same report, but the truth of the matter is that these games need only avoid disaster to spark a trend. First person adventure games and open
world environments will become popular as soon as these games reach consumers.

Other games that may sneak up on people a little bit more are casino titles, ranging from poker to immersive slot simulations. What may be news to you if this isn’t a corner of the gaming industry you typically keep tabs on is that slots in particular have been pushing boundaries and becoming more visual in nature for some time now. Gonzo’s Quest, one of the most popular online slots, has been characterized as being as much of a storybook adventure as an innovative prize machine, and that sums up the idea. These games tell stories now, and involve characters and backgrounds – all of which can and will be brought to life through VR. Given that we’ve already seen some other similar games warped into VR-like experiences on computer screens, as well as that an attempt at VR poker has already been undertaken semi-successfully, we’re probably going to be seeing a lot of titles from this genre.

Lastly, we may also be facing a quiet revolution of music simulation games like Guitar Hero and Rock Band, transformed into VR experiences. In fact, Oculus already put out a game called Rock Band VR, and while it didn’t resemble the old Rock Band games too closely, it performed the same basic function of allowing players to feel like rock stars. There was a very detailed review of the game posted at Kotaku in which the writer indicated that he believed very few people would play Rock Band VR, not because of any issue with the game, but because there simply aren’t that many Oculus users yet. He also predicted that the game would not bring about the return of plastic instrument simulators – but I’m less certain. While this first attempt may have been a one-off, it’s a perfect example of the sort of game that can translate well to the new medium, and its predecessors on ordinary con
soles were wildly popular. We ought to expect more attempts like this one to be around the corner.