HomeTechnologyFive Ways The Internet Is Toxic For Relationships
Technology

Five Ways The Internet Is Toxic For Relationships

“Yes, yes, I am listening.” It is what most of the significant others have been hearing while they see their other half pattering and tapping on their phones during conversations. 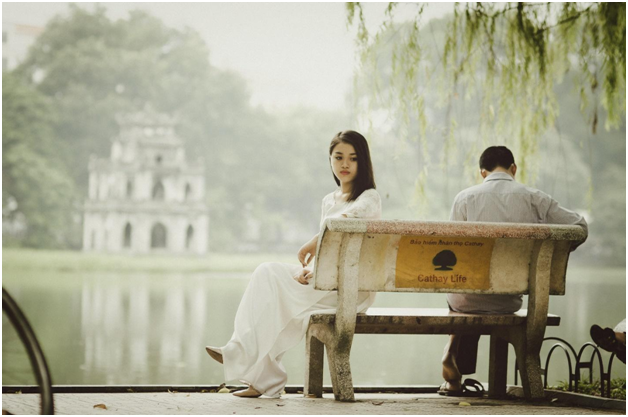 The advent of technology has penetrated every aspect of our life, and dating is, by all means, no exception. It has managed to interfere to the extent that putting down or keeping aside smartphones more or less has become a challenge. It has become increasingly tough to break free from the shackles of technology even after knowing that our near and dear ones deserve undivided attention. The internet or the use of gadgets, arguably, has somewhat become toxic for relationships. It is one of the significant reasons behind relationships losing out on their essence lately. Where the internet has successfully enabled time and space compression, tweets, texts, and emails have substantially damaged face-to-face camaraderie’s. It has become that “third-wheel,” which is slowly causing an insurmountable gap between individuals in a relationship.

As we speak, let’s further see in what ways is the internet eventually is becoming toxic for relationships so that one can assess and draw a line before things turned too sour to handle.

Too many choices result in mind-cluttering

The solution to the quest for that perfect partner came in the form of online dating sites, such as Tinder, as the internet spread like wildfire. All you have to do is just make a Tinder profile search and here you are in the company of thousands of dating options. With so many options Tinder has to offer, it is only natural for a human mind to flounder, and this is what has given rise to heated tensions in couples.

The constant hunt for an “even better” partner has distorted the concept of being loyal and appreciating what one has. The more choices, the more problems it creates.

Consequently, what happens is that an individual often ends up making the wrong decision due to so many choices. As a result, they find themselves with a partner who does not seem to sit in alignment with their preferences, and sooner or later, the relationship hits the rock. It is what we meant when we said that they had robbed the essence from the bonds as these sites have made dating more or less a game. If there are any rejections or even the slightest problem, the sites make people feel as if there is a pool still out there and that the options are expendable.

Spending time browsing the internet and social media channels may seem a harmless activity to do in one’s leisure time but creates a load of unrealistic expectations subconsciously. Life is not how and what Instagram shows, but many people fail to separate their personal lives from it. Eventually, it ends up taking a toll on their relationship, which leads to a breeding ground for jealousy. It is mostly to do with the competitive streak hashtags like #couplegoals have given rise to where almost every individual is now in pursuit of a picture-perfect relationship.

If there is anything lethal to the health of a relationship, it is jealousy, and the internet has had an enormous contribution to it. Individuals who spend more time on social media channels like Instagram or Facebook seem to be less satisfied and always craving for more in their relationships due to the increasing peer pressure.

The element of stalking

With the emergence of social media networking sites, individuals have more access to their partners’ life. Hence, such ease of surveillance has paved the way for unhealthy habits like stalking. The need to seek validation about their relationship has become so intense that the line between right and wrong is deliberately blurred. Rather than communicating in person to seek confirmation or denial of any growing suspicion, partner monitoring has taken over, which undermines the element of trust. It is how the internet has become the third wheel in between relationships. It has made every person dating a control freak, and as a result, most of the relations out there are in the hot waters. Also, stalking has made the aspect of attachment shift to the level of “anxious attachment” due to the ever so growing insecurities.

The internet has been very fruitful in terms of opportunities. However, there is no denying that it has been a new and quite a source of conflict when it comes to relationships. It negatively impacts the wellbeing of a relationship as it gives an outlet to the individuals to engage in frivolous conversations, which might not sit well with the other concerned party.

Additionally, there are often cases of exes trying reaching out through these online portals causing a rift with the current relationships. Again, the broad chance of having options naturally messes with a human’s instincts, and hence, the relationship intentionally or unintentionally ends up suffering.

Makes getting over breakups harder

Breakups could be devastating and painful to cope with sometimes. In such a period of emotional turmoil, having active profiles on social media channels can make the whole ordeal even worse. It is because one ends up having open access to the profile of their former partner, which can make it hard for them to move on. Individuals can fail to progress and start anew, which can be alarming concerning mental health.

Yes, these networking sites come with a lot of privacy options such as blocking or temporary deactivation, but it can be a tad unrealistic for a person who is in an emotional mess. Even moderate use can lead to temptations like running a quick check on the ex’s profile. Such behavior can lead to a strain on physical health and cause mental problems such as insomnia or depression.

We hope this piece turned out to be an enlightening one. The purpose of highlighting a few ways the internet is causing harm to budding relationships is too aware and arm you with strategies to be able to keep its effects miles away. Good luck!

SohailRupani is a Senior SEO Strategist and Blogger for PNC Digital, Link Building HQ. He is passionate about technology and loves to analyze the tech industry in his spare time and stay in touch with the latest happenings. He also writes technical articles about SEO and digital marketing. Follow @sohailrupani for more updates.