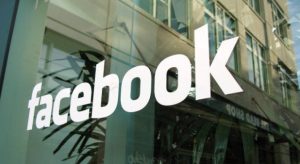 According to former Google Executive and Director of DARPA, Regina Dugan, Facebook has given her the opportunity to lead Building 8 lab and develop some of the new hardware. The new hardware device will have a laptop-sized touchscreen display along with a range of whole new product category. The video chatting device has been designed such that it can be kept in the living room. The display screen measures about 13–15 Inches diagonally. In addition to the screen, it may also have a wide-angle camera lens, microphones, and array of speakers all powered using artificial intelligence. The basic plan is to make the device not only trendy but also with the best of performance.

The use of the wide-angle camera and smart screen will help woo customers as well as stay connected to each other using the new hardware device. Facebook basically aims at bringing users closer to each other. The prototype version of the product is currently being tested in people’s homes before finalizing the product for marketing. Google’s Android operating system is also being made to run on the prototype. The new device will have a 360° camera and also a unique feature that will allow the primary camera to switch automatically to scan for people as well as lock onto them.

In addition to this, Facebook is also planning to launch a standalone smart speaker. This new speaker is set to hold on a tough competition with Google Home and Amazon Echo in the coming years. Also, a voice assistant technology is something the company is looking forward to. Keeping in mind Apple’s Siri, Facebook plans to hire engineers from Apple and build the new voice assistant system. It will be made such that it will run on both the smart standalone speaker as well as the hardware devices. For now, nothing can be confirmed as Facebook hasn’t officially disclosed anything. Let’s hope Facebook doesn’t abandon any of the plans as certain similar products are already popular in the market.