HomeResourcesEverything You Need To Know About 6.7 Power Stroke Engines
Resources

Everything You Need To Know About 6.7 Power Stroke Engines

Ford introduced the first 6.7 power stroke engine back in the year 2011. It was a part of the F series and it certainly made us wonder how the engine diesel has been built. After a couple years of being in usage, they hold on to it. It is not always to say that they have a couple issues here but they are obviously great engines. We know several of their problems so far and have decided to compile them all together. We have also discussed other important points and features you can take a look at. On that note, let’s begin. 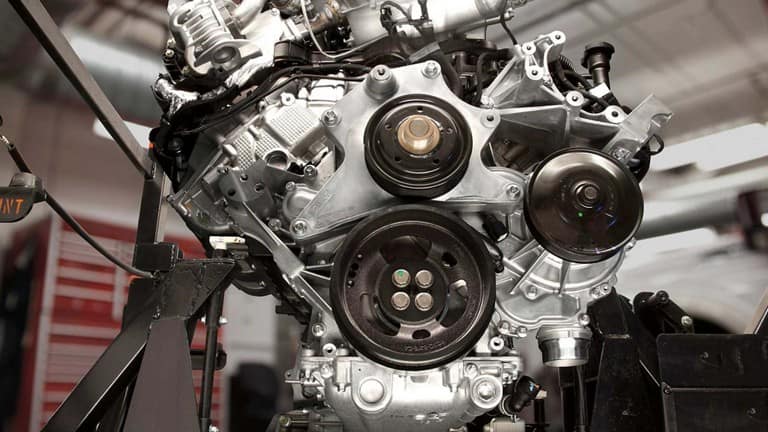 What is the 6.7 powerstroke?

The 6.7 L power stroke is known to us as a diesel engine that was developed by Ford. The engine has a very advanced fuel system that comes with a high pressure as well as fuel injections. They also have a nice boost geometry turbo that can give you enough low engine speeds along with a whole chunk of power. The power stroke also uses the best of SCR technology that comes from stringent emissions standards that meet the customers that will be required to add a fluid during any time. This is considered common for most of the diesel trucks that were built after the year 2010.

This issue mostly occurs for the 2011 trucks so that the Fords can be fixed with the issue. The powerstroke trucks come with two radiators. The primary one can develop a leak where the tank is crimped with the help of a metal center. You can upgrade it to a Mishimoto radiator made of welded aluminum. We generally upgrade them but replacing them all the time is not going to be an easy job. It does take a couple hours to complete. There is no other fix for replacing the radiator.

They happen to be one of the most common leaks. The coolant fittings of the inlet happen to be daily offenders but are quite similar when it comes to replacement. The turbo gasket will often leak and may also require a turbocharger that is needed to remove and replace all of it.

One of the best issues that comes with the 6.7 powerstroke engines was called a turbo failure. The turbo for these trucks happens to be quite complicated. The best way to describe this is built with the help of a single shaft turbo and it works in the same way a compound set up would. It comes with an exhaust housing wheel and two other compressor housings along with wheels on the other end. It also works with a twin set up by redirecting the whole airflow from the wheel to the second in order to get compressed it again. This will raise the air volume with the help of a single charger that provides enough airflow for greater power. The trucks that came in the year 2012 had some of the worst turbo issues. If the bearings failed, the models would use ceramic bearings that have otherwise failed. The replacement turbo now comes with steel bearings and can hold quite well.

The block and head constructions of these engines

The powerstroke engine comes with a CGI block which has become highly popular these days because of the immense strength as well as the weight to most of the iron blocks. The CGI is first of all a material and is used commercially for the discs as well as trains that are high speed. The head is made of aluminium is for the purpose of reducing weight, which is a great goal for the designers of the engine. The valvetarian comes with a intake and valves for every cylinder. The engine uses a smart strategy with the help of a camshaft that is located with the block.

Ford creates an engine that is great but it always raised questions and curiosity among others. A few features like the turbocharger as well as the CGI block always try to push these limits along with some diesel technology that progresses along with bounds and leaps. The injection system also brings out a great level of change and can improve performances significantly for the entire diesel. The 6.7 L power stroke can be used as big and successful engine that raises bars for all competitors in the medium and light truck markets. And if case if you are looking. You can find the best tuner for 6.7 power stroke on Liamscar.com

The powerstroke that is 6.7 L has very recently improved its horsepower by rating it in 2015 from about 400 to the level of 440 horsepower. Because of the launch back in the year 2010, the engines were initially offered with a horsepower of 390, which has then been bumped to about 400 of the horsepower within the second half of the year. The reason behind this could be due to some validation that wasn’t completed or could have been tied because of the market scheme that went back and in front between GM and Ford. The model of 2015 is made of all the power stroke that reaches close to 860 pounds within 1600 RPM. The cylinders have about 3.9 inches and they come at the stroke of about 4.25 inches. At around this time, ethe engine also has a good volume of 6.7 L and around 410 inches. This is very similar to the traditional dimensions in the USA.

So that is all we have for today in this post. We have enlisted the engines and the problems you can expect. As of now, we are still trying to gather more information on the matter. If you have any ideas and thoughts you would like to share, kindly share them with us in the comments and we will love to get back to you quickly!