HomeSports/GamesBingo, The Game That Brings Some Happy And Energetic Vibes To The...
Sports/Games

Bingo, The Game That Brings Some Happy And Energetic Vibes To The Dull The Days

There would be hardly any person across the world that hasn’t played Game of chance, or Bingo, as a pastime activity. Bingo through all these years has become a famous game played for prizes and cash globally. Having said that, Bingo has its own history and the way it carried its footmarks to different parts of the world and become what it is today. And we would be happy to put forth the tale of Bingo from a modest board game before six centuries to a multi-million-pound industry at present.

One can trace back the origin of Bingo to 1530, to a lottery game played in Italy named “Lo Giuoco del Lotto D’Italia.” From there, near to the end of the 1770s, it made a knock in France to be named “Le Lotto,” which was played amongst well-off Frenchmen. Later, in the 1800s, it has reached Germany, where the game’s version named Tambola was played not just for fun but as a means to assist students and kids in learning math, history, and spelling. Quite interesting, isn’t it?

In 1929, the game made its entry in North America with the name “beano.” Being initially played at a fair near Atlanta, Georgia, it was retitled to “Bingo” by Edwin S Lowe after he listened somebody shouting so in place of beano. And in no time, bingo had reached churches (initially for raising church funds), casino, and in retirement & nursing homes (where it is played for recreational therapy and socialization). 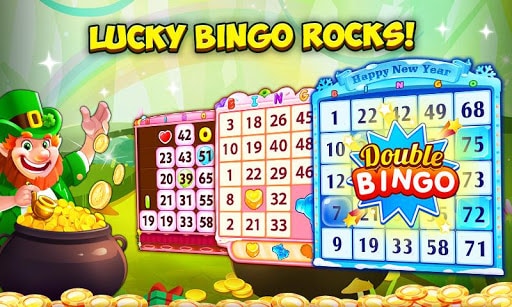 It’s Bingo Time: Playing Has Never Been So Much Fun

The game of chance, bingo is played with several arbitrarily drawn numbers that matched by the players against numbers pre-printed on 5×5 cards. The letter and number combo are announced by the “caller” and the matching squares are marked or covered by players until one completes the entire series on a caller’s master card. The game’s motto is to achieve five in a row vertically, horizontally, or corner to corner. Once you get the series, all you have to do is shout out “Bingo!” to grab your winning share. All wins are verified to ascertain the person hasn’t made any error prior to officially announcing him/her the winner, following which one can secure their prize. Such games are played one after the other to get some big jackpots.

The Biggest Hits In The History Of Bingo: Never Think Of Less That You Can Achieve

Like any other game, Bingo also shows its players the highs and lows, and because of being a completely random game in nature. So at times if you are going to win, at times you are also going to lose. But this piece of info might lift your game spirits for sure. John Orchard, a fortunate 60-year-old British grandfather, had grabbed the biggest ever online bingo win in the world of £5.9 Million on a gamble of merely 30p. Likewise, in 2016, Christine Johnstone, a dazzling grandmother, on a sleepless night, had won 1.3 million on a bingo bet.

Also, the history of Bingo has witnessed some larger-than-life adventures making people remember some startling bingo world records being set. And among that is the biggest-ever bingo game played on December 2, 2006, in Bogota, Colombia. And the number of people that marked their presence to play a single bingo game at the event was colossal 70,080. Incredibly insane verve that would have been to pay out a sum of £250,000 as prizes. I can just imagine it! Best Bingo Bets

The advent of technology and the Internet got the players closer to their beloved game Bingo by making it available online. It was introduced with an early free Bingo website. And in the present moment, it has become the standard, with anybody and anyone capable of accessing this favorite pastime activity by numerous online connected modes.

1994: The Year Slingo Was Brought To Life

The game of Slingo was created by Sal Falciglia alongside Dave Lyons, a New Jersey real estate developer, in 1994. They also established the firm Slingo, Inc., to develop and market Slingo-themed games. Slingo is a game played online as multi- or single-player that pools elements of bingo and slots. And Slingo, now almost twenty-six years later, is available on every entertaining platform: Facebook, slot machines, scratch lotto tickets, handheld devices, and even smartphones. Chances are many of you have played some variant of this game, or at best seen a Slingo ticket dangling behind your area’s convenience store counter.

No matter where bingo or Slingo is being played, it does nothing but brings the same myriad happiness and enthusiasm as players rendezvous around the world to share the ecstasy of an energetic game. So, what’s the wait for, roll up your sleeves and lets Bingo and Slingo.