HomeEducationAspects of Education and Health in the Developing Countries
Education

Aspects of Education and Health in the Developing Countries

Health and education are two areas of development that have been both objectives and means of development. There are many reasons why they can be considered to have a central role.

However, the question whether an increase in income will automatically bring an improvement in health and education remains a controversial one. Finding reliable answers to these questions will allow governments to formulate policies for turning education and health into viable tools for social development, as well as mitigate the problems caused by child labor and the gender bias in education. These issues will be evaluated in the paper that will attempt to assess the role of health and education in sustainable development, as well as outline policies for their improvement. 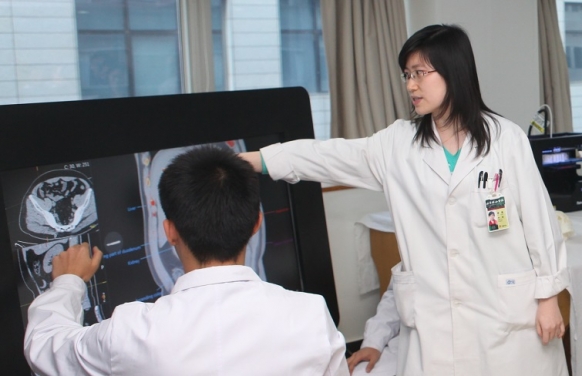 Todaro & Smith believe that health and education have exceptional importance as human capital factors. Thus, their influence is primarily linked to the importance of human capital in spearheading growth. Improved health will lead to lower infant mortality, better school performance, and “raise the return on investments in education” as people with longer life expectancy will make more input in the production process. Besides, healthier and more educated individuals will become more productive members of the workforce. No one can dispute these obvious economic factors that link education and health to development; however, it seems that Todaro & Smith also forget about the cultural and political value of both spheres, especially education. Educational establishments throughout the world often remain a vital instrument for the preservation and enrichment of political and cultural values. More educated people with a solid foundation of knowledge will be better able to contribute to the construction of an efficient civil society and promote the development of democracy.

How certain is an increase in income if improvements in education and health are achieved? First of all, it seems impossible to make these improvements with a high degree of certainty unless the government can secure a rise in income. Todaro & Smith insist that “we need a multi-pronged strategy” that will “focus on income, health, and education simultaneously”. Indisputably, if a government can, for instance, educate mothers about the basic care for their children, this will improve the lives and health of children and have long-term positive effects for the national economy, as, for example, education costs per worker will decrease with lower childhood mortality.

On the other hand, the government also has to implement policies that will create jobs for these children when they survive and turn into healthy individuals. A nation’s high education rate does not automatically make it wealthy. An example of this is the struggling post-Soviet nations where the literacy rate is about 99%, and yet business fails to grow due to government and economic inefficiencies and risks. That is why it seems that improvements in health and education have to be supported by and come along effective economic development strategy.

In the light of the vital role education and health play in development, elimination of child labor and the gender bias in education become severe priorities in policy-making. Todaro & Smith, using economic analysis, convincingly demonstrate that “if poor families could coordinate with each other and refuse to send their children to work, each would be better off”. However, lack of such coordinating ability and resistance to child labor laws on the part of employers who fear the need to pay a higher wage if they are adopted prevent this condition. This analysis seems convincing in the economy where all are employed. In the marketplace where there are unemployed, it is perhaps even more imperative that children go to school instead of work since they can be replaced by adults easily. Therefore, the governments should strictly ban child labor, which would be the most effective policy against it. Until this is done, employers will place their gain ahead of public benefit and exploit children often working in terrible conditions.

Similar to child labor, the discrepancy in education received by men and women in developing nations is unequivocally a serious problem. The gap persists even though women generate a higher return on their knowledge than men, and increase in their education has been shown to correlate positively with their children’s health. Therefore, the governments of developing nations should institute wide-ranging policies for increasing women’s participation in the workforce. To this end, officials can stage a massive campaign in favor of sending girls to schools, lower attendance fees for girls where they are present or devise other economic incentives for families sending girls to schools, and possibly create special classes for girls where their special needs can be met.

The role of education and health in development cannot be overestimated. However, improvements in these areas cannot be expected to generate automatic enhancements in all others.

Progress in health and education evolves in parallel to rise in income and emergence of more sustainable economic patterns, with both processes stimulating and complementing each other. Governments, therefore, should pay considerable attention to the promotion of both spheres, taking an effort to eliminate undoubtedly harmful phenomena such as gender bias and child labor.

We are sincerely grateful an essay expert (Justin K.) from writemypaperhub.com for writing this exciting essay.