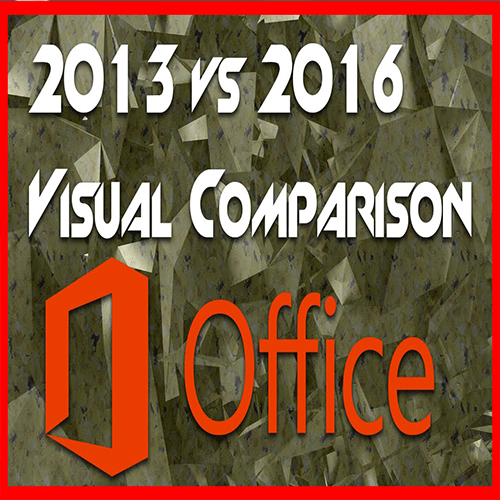 You just have to note that in most of the cases, Microsoft Office developers follow a noticeable cycle. In every 6 years, there is a chance for a big update where huge changes are made and key features changed. There is also some room for small changes after 3 years. What this means is that Microsoft Office 2016 is a small update. There are few and simple changes made. However, they are significant and most of the people are going for them.

The 2016 version of Microsoft has included some features for easier collaboration and sharing. What this means is that most of the changes are visible in Outlook and Excel. The version has included more features for data analysis features. Here are some of the features that make the huge difference between Microsoft Office 2013 and 2016.

With Microsoft Office 2016, you can now work faster with this feature. This box is included in most of the applications to make it easy for you to complete some specific tasks. It helps you perform important tasks even when you don’t have insights of how to do that. This means that with this added feature, you don’t have to use the help button. You also don’t have to Google how to perform a specific task because you can get all the help here.

You are just required to type what you want done in this box and a notification will pop up with all the instructions. You are given a list of commands that you are supposed to follow until you perform that specific task.

It’s now very easy to get Quick answers with this added feature in Microsoft Office 2016. This is a feature that was missing in MS 2013. This feature is now in some MS applications such as Outlook, Excel, Word and PowerPoint. You just supposed to right click a specific text and later choose smart lookup.

The system uses all means to bring you definitions and images depending on what you choose. You also get Wikipedia articles and other related information.

In Ms Outlook 2016 has several visible features which are aimed at helping you work more efficient, manage emails easily and at the same time collaborate more easily. Some of these features facilitates fast integration with Office applications. Now it is easy to get a list of the articles which you have worked with most recently. What this means is that when you attach an office document in your email and you are ready to send, Outlook shows you a list of the files you worked with most recently.

You don’t have to waste a lot of time hunting through folders searching for the most recent spreadsheet or any other document you want to send to your colleagues. Today it’s simple with this added key feature in Microsoft Outlook 2016.

Ms Excel 2013 had some adorable features but there are more features added in Ms Excel 2016 to make it easy for data analysis and forecasting. This means that Excel has gotten more powerful in 2016. The best of them is Power Query which is now built in to Excel. This new tool can pull data from several sources within your computer which includes Websites, Access, SQL, Azure and several other data bases.

There are six new chart types added in MS Excel 2016. All these are aimed to help you in data analysis and presentation.