It is needless to introduce the term Torrenting. It has been a familiar activity to all of us, which helps us to download whatever files we want from the internet.

How did Torrenting originate?

Well, it’s the popularity of BitTorrent that gave rise to the term Torrenting. In the year 2001, a programmer named Bram Cohen designed a protocol and released the first implementation of BitTorrent in July 2001. BitTorrent helps you to search and download torrent files from the internet. This is a peer-to-peer file-sharing network. In simple terms, torrenting can be defined as the act of either uploading or downloading files through the BitTorrent network. When you download a file from the torrent, you don’t download the client file from the central server. Rather you download the file from another user which has been uploaded by them directly on BitTorrent. BitTorrent allows everyone to upload or download files.

BitTorrent is the first torrenting tool, which has gained immense popularity due to its functionality and usage. Following it, several Torrenting tools have entered the market over time. In this article, let us take a look into some of the most popular torrenting tools.

Although BitTorrent was the first Torrenting tool, uTorrent is the most popular Torrenting software. uTorrent occupies 68.65% of the total market share with more than 150 million users across the world. BitTorrent and uTorrent are almost similar to each other. In fact, currently, uTorrent is a client of BitTorrent. uTorrent is comparatively more popular due to its advantages of lightweight and easy compatibility with system OS. It occupies less than 1 MB whereas BitTorrent requires about 3 MB. uTorrent is supported on Windows, MAC, Android, and iOS. uTorrent was initially started in 2005 as a single man project later it became a client of BitTorrent.Inc. uTorrent is available both in free and paid versions. Free version comes with ads. If you want to go ad-free, you can subscribe to premium. The Pro version also enhanced security and VPN integration.

As mentioned earlier, it was BitTorrent that gave birth to Torrenting. Although it is the oldest torrenting tool, it is still relevant to today’s applications. With the regular updates, BitTorrent has evolved over the years. It allows you to download multiple and bulk torrent files in just a few minutes. Just like uTorrent, BitTorrent is also available in free and premium versions. It offers 3 premium versions. Ad-free version – You can go ad-free at $4.95 per year. Pro version – offers secure and safe Torrenting at the cost of $19.95 per year. It comes with VPN integration and keeps your identity anonymous at the cost of $69.95 per year. You can also buy premium subscriptions with cryptocurrency.

The next popular Torrenting is Libtorrent. It is nothing but an enhanced and open-source implementation of BitTorrent which is written in C++ with an aim to improve efficiency and scalability. Since it is open-source, Libtorrent is completely free to use. It is memory efficient, CPU efficient, and easy to use. Not only can you easily download this torrenting tool but also contribute to its development if you are a coder.

qBittorrent is another popular and free torrenting tool that primarily aims to provide an open-source alternative to uTorrent. qBittorrent also runs on Linux and Freebsd OS in addition to Windows and macOS. Since it is open-source, you don’t get to see annoying ads. It comes with some other unique features such as a classic user interface, an extensible search engine that allows you to perform multiple searches at once, you can also perform categorical search (books, movies, music etc.,). Its GUI is almost identical to uTorrent. It supports many extensions to add extended functionalities like encrypted connections, private torrents, magnet links, and many more. You can schedule sequential downloading. It comes with a bandwidth tracker and torrent creation tool. All these features make qBittorrent stand out from other torrenting tools.

qBittorrent is definitely worth trying by all torrenting lovers at least for once.

Deluge is one of the best & latest BitTorrent clients and it is completely to use. It guarantees full encryption and the software is light in weight. Deluge offers a huge collection of plugins that you can install to extend functionalities. Deluge is also an open-source torrenting tool where you can contribute if you are interested.

It works on all popular browsers including Chrome, Firefox, Opera, Brave, Microsoft Edge, and Safari. WebTorrent is an open-source, non-profit, and free torrenting tool. 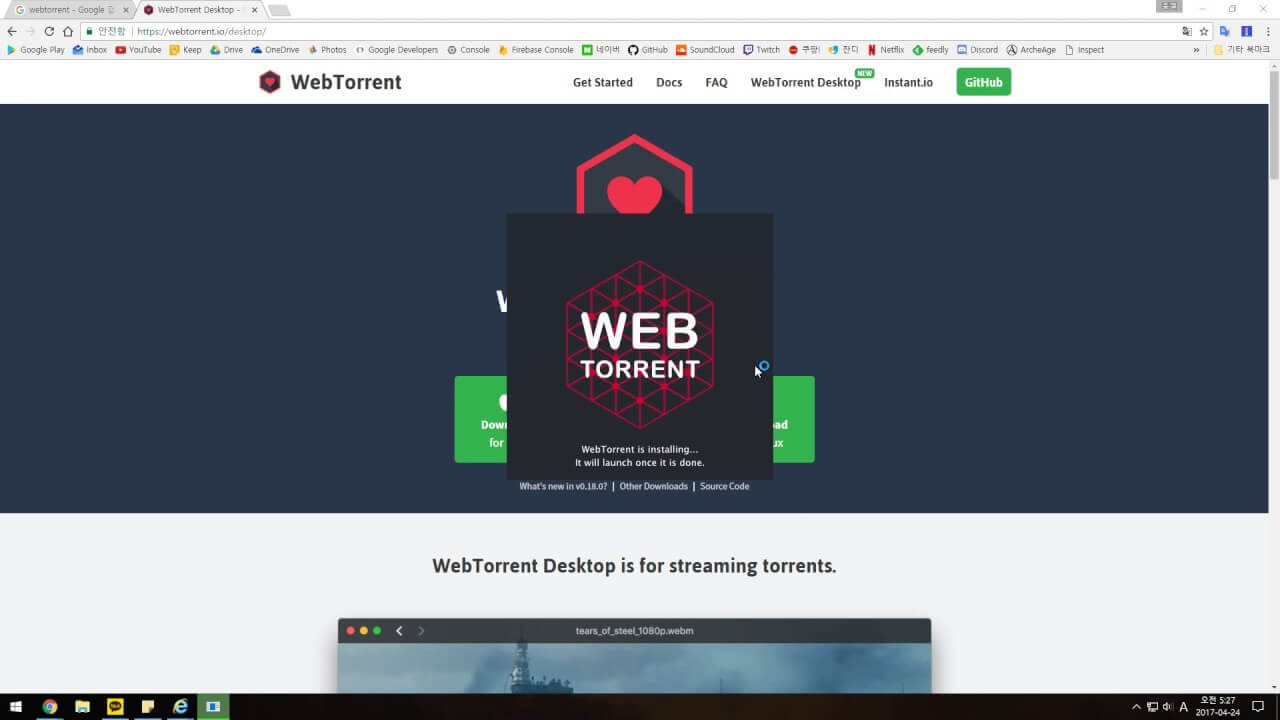 Well! Now we have got a wholesome list of Torrenting tools which you can try using conveniently.

There is no doubt that torrenting tools are of great use. They help you download literally anything present on the web.

There have always been two haunting questions behind torrenting.

To answer the first question, let us go back and remember how the files get uploaded onto torrenting sites. Files are uploaded by the users, not by any verified official site, so it cannot be guaranteed that the file being uploaded is free from malware. File might contain some virus that might affect your system performance or malware that steals data from your system. So, if you download files directly with no virus check on your system, your system might land up in some danger.

So, the only solution to this problem is to have a proper Antivirus and VPN installed on your system. Once you make sure that file is safe, you can download it.

Torrenting is not illegal but downloading copyrighted files is illegal. When you download copyrighted or licensed files from torrenting sites, it can be considered as an illegal activity. In many countries, it is a punishable offense. But, if you use VPN, your identity remains anonymous. So, you cannot be identified while torrenting.

Hope this article helped you to know about some efficient torrenting tools. You can use them to download any file on the internet for free. Do try them out and let us know your feedback in the comment section below.

Note: This article is purely informative and does not promote using torrenting sites if it is illegal in your country.