5,000 Engineers, Technical Staff Will Be Employed By Jaguar Land Rover

After the announcement of the financial deal between Jaguar and Lyft respective to the development of autonomous vehicles, the company has planned to recruit 5,000 engineers and technical staff in the coming months as its targets to boost the development of electric and self-driving cars. 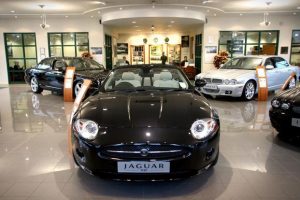 The plan of recruitment from the auto giant comes with an intention to increase the number of cars it produces from 544,000 last year to 1 Million in the U.K. by 2020. It will be looked as a signal of confidence in the economy of U.K. over the Britain’s exit from the European Union. The current statistics of the company’s employment in the U.K. is 40,000 employees and the company has increased its production from 158,000 units since 2009.

A majority of the car makers and technology giants have participated in the competition to build reliable self-driving vehicles. The industry players believe on experimental and analysis fact that self-driving cars can drastically reduce fatal road mishaps. As per the survey, 90% of road accidents are caused due to human error, which can be ultimately reduced by the implementation of driverless cars.

In order to attract tech freak employees that include electronic and software engineers, Jaguar Land Rover is working jointly with rock band Gorillaz to create an app that comprises a code-breaking challenge. The applicants who crack the challenge code will make a straight entry through the recruitment process.

JLR’s head of electrical engineering—Alex Heslop said, “This hiring process is the new method to recruit an assorted group of talent in the cyber system, software, graphics performance, and app development. As the automobile industry evolves in the coming decade, it will be mandatory to source and onboard the best talent.”

As an impact of Britain exit from the European Union, the auto giant will have to head hunt the talent outside the U.K. owing to shortage of engineers.

Jaguar Land Rover is one of the nation’s largest exporters that have reported 80% international sales. Europe is the biggest market for the JLR along with the doubling sales figures. The majority of its units are manufactured at the Castle Bromwich, Solihull, and Halewood, though it is in plans to start the production in Austria and Slovakia. The company also has plants located in Brazil and China.

The government has also promised to give an extra fund of a year by 2020 for the development of research and development of self-driving vehicles. On the hand, Chancellor Phillip Hammond declared £80 Million for setting up the infrastructure for electric charging points, in his statement.