We all know how beneficial apples, grapes, and turmeric are, isn’t it? But do you know what all of them have common in? Yes, they do have something in common, and a recent study has shown that they could be holding the key to prevent and treat one of the most common cancers. The research team has recognized several natural compounds that have the capability to the make prostate cancer tumors starve and shrink them. 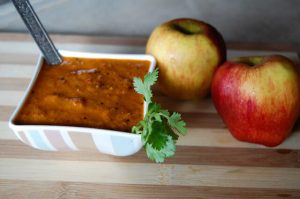 The compounds existing in the apple peel, red grapes, and turmeric show to have greatest effect, specifically in combination. In the United States, the most common cancer after skin cancer is the prostate cancer among men. Around 161,360 new cases are estimated to be diagnosed of prostate cancer, as per the American Cancer Society, and nearly 26,730 men will pass away from the ailment.

In earlier studies, numerous compounds have been recognized, specifically existing in plant-based foods, which have the potential to curb the prostate cancer risk. In this study, Tiziani and team utilized a new, high-throughput screening method to validate 142 natural compounds, with the endeavor of recognizing those that are most efficient for preventing the development of prostate cancer cells.

Later, these 3 compounds were also validated in the mouse models. The team found that when ursolic acid was merged with either resveratrol or curcumin, the natural compounds halted the glutamine uptake by prostate cancer cells, thus, in turn, preventing the growth of tumor in the mice. Glutamine, which is an amino acid, is required by the prostate cancer cells to grow, so stopping its uptake efficiently “starves” the tumor cells to death.

And as these are natural compounds, no toxic effect was caused to the mice. However, the team found that the concentrations of all the 3 compounds were greater than that what is normally taken through diet. Yet, the researchers believe that their study show potential for a natural approach to treat and prevent prostate cancer.

Stefano Tiziani, said, “These compounds have potential anti-cancer characteristics and are readily accessible. We only require to elevate concentration more than found in a healthy diet so as to be effective on the prostate cancer cells.”