Imagine a situation where you randomly listen to a few lyrics in a song and those lyrics get stuck in your mind and you keep humming those few lyrics repeatedly in a loop. Eventually, you get so desperate to listen to the song, but you don’t know the movie or main lyrics of the song to search and find it.

If you find this imagination sounds very familiar to you, then my friend you are not alone!

Most of us have been in this situation multiple times. These lyrics which get stuck in your head have got a term to them, they are called Earworms. Although this doesn’t seem like a big issue to think about, Earworms would get annoying after a point of time. To get rid of them, the best way is to listen to the complete song and once you listen to it, Earworm would automatically move away from your head.

Here is the problem!

You are not aware of either the movie of the song or the keyword of the song.

But! Don’t worry. Technology has a solution to this issue as well. There are some apps that can help you identify the exact song when you search with the lyrics you know. This article aims to introduce you to such apps. So, make sure you go through the whole article.

Shazam is a top-rated and dedicated app for song identification. It helps you find lyrics of any song in a few seconds and plays the song for you immediately along the time-synced lyrics display so to help you hum along with it!

The app is available both on Android and iOS for free. However, on iOS, you don’t need to install the app as it is integrated with iOS for the versions above iOS 14. You can access the app through the control center.

Another unique feature of the app is that it can recognize the parts of a song that is being played within the device. For example, when you are listening to some new music from Instagram reels and you want to identify the exact song from those lyrics, you can use Shazam to do it. This feature is called Pop up Shazam and it can work on any app, not just on Instagram. The app also works offline. If you are hesitating to download the app considering your device performance, then you will be happy to know that it is also available in lite version with low space called Shazam Lite. You can easily enjoy similar features as Shazam. 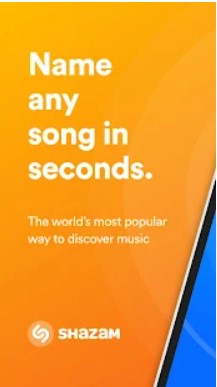 SoundHound is the next app on our list. This app is available on Android, iOS, and Windows. It is a freemium app that is available both in free and premium versions. Free version comes with the ads and if you don’t want ads you can purchase the premium version at $5.99/ year on Android and $6.99/year on iOS.

SoundHound comes with several interesting features. It can help you identify any song playing around you irrespective of the location where you are. If you just tap on the orange button present on the screen, you will identify the song in just a few seconds and you could listen to the whole song immediately. It also helps you sing along with the time-synced lyrics. It saves the songs you searched for and transfers the list of songs to Spotify (If you have a Spotify and SoundHound subscription). You can also identify the song with your voice as the app is built with powerful speech recognition technology. 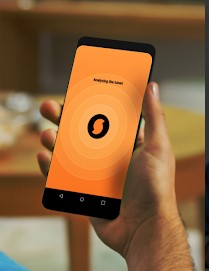 Beatfind is another great app that serves the same purpose to identify the music around you. The app has got a really simple and intuitive user interface. Beatfind not only helps to identify the app but also in addition to this, the app facilitates you to listen to the full song on the platforms like Spotify, Deezer, and YouTube. It uses powerful ACRCloud technology which helps you get exact results within a few seconds. 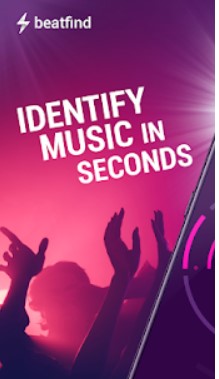 MusixMatch is the world’s largest app for a collection of lyrics. It is a dedicated app to know the complete lyrics of any song in the world. It has collaborated with some of the most popular music player apps such Spotify, YouTube, Pandora, and many more to provide time-synced lyrics to many songs. MusixMatch comes with a translation feature that lets you translate lyrics of a song into multiple languages. You can customize the background and app screen as per your choice. You can also watch a YouTube video of the song being played. The app is available both in free and premium versions. It is available on Android, iOS, and Windows. This app is also available on wearable devices using Android OS. Free and premium include similar features, except that the premium version comes with an offline lyrics feature and you can go ad-free. 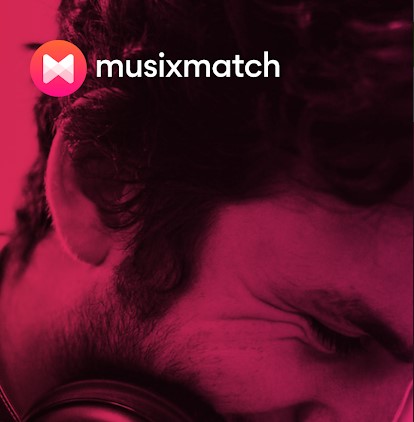 Here comes the last item on the list. Genius is another music identifier app with a large collection of more than 1.7 million songs along with lyrics. This app not only displays time-synced lyrics but also lets you download the lyrics of any song. The app has got a pretty attractive, simple, and straightforward user interface. It is available for free on both Android and iOS. 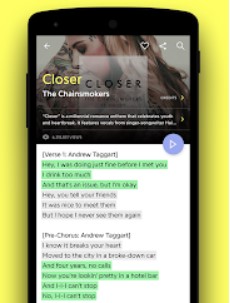 Use Google Assistant, Siri, and Alexa

If you are someone who doesn’t want to use a separate app for this specific purpose. Then, you can use your favourite virtual assistants to fulfil the purpose. Over the years, the most popular virtual assistants Google Assistant, Siri, and Alexa have evolved to recognize your vague searches. They help you identify nearly all songs using the lyrics. You can do voice searching for text searching as per your convenience, they help you find the sons you are searching for. You can directly text the lyrics or frame a question like “Hey Google, what song is this..lyrics?”. Same goes with Siri and Alexa as well. On Windows, you can also use Cortana to serve the same purpose.

Well! These are the most simple and efficient ways to recognize any song of any language in the world.

It is needless to say that songs are the most soothing way of relaxation. There would be no person who doesn’t like songs, everyone gets attracted to some kind of music. But, it gets really annoying when you get stuck with humming a few lyrics of a song. In order to get out of the loop, you have to identify the song and listen to it. I hope this article helped you in finding the right apps to identify any song. Do try them out and let us know your feedback in the comment section.