HomeGeneral5 Best Movies to Watch Over the Weekend!
General

5 Best Movies to Watch Over the Weekend!

We all love and adore movies, don’t we? Well most of us do and with a good enough reason. Movies and similar modes of entertainment offer us a necessary break from our daily routine and let us become part of a different world – an experience that we crave for.

Different genres have their own appeal, and one can simply not get into a debate as to which genre is better. Weekends offer us the necessary break when we can take out time to entertain ourselves upon video content of any genre as per our liking. Most movies coming to the theatres these days are more like works of art, to say the least, and many of them come to represent the level of success the cinema industry has achieved over the course of time.

There are however a number of streaming options available in the market too, like Netflix and Hulu, actively competing with the film industry in today’s world. Gatsby streamlined these services into one app, with decent reviews of recent movies like Nomadland that you can watch. All you need is a decent enough internet connection, which you can land with quite easily along with outstanding customer service if you opt for companies like Cox and Xfinity. This is precisely why content developers and directors are coming up with titles that feature a certain degree of replayability!

That being said, let us list down some of the best available movies you can enjoy over the weekend either in your own company or that of your family.

The ads and the trailers might have presented Ad Astra as some sort of a space thriller but that isn’t actually the case. Space pirates may have been mentioned in the movie, yes, but in our opinion, the film is more along the lines of The Martian on the whole. Following the story of astronaut Roy McBride (Brad Pitt), a man who shuns his emotions and believes he is a better man in his career for that very reason, the plot escalates when his long lost father (Tommy Lee Jones) ends up being the object of suspicion – the one interfering with the earth’s atmosphere. As the audience, we witness a man’s journey in his quest to find meaning and feel emotions in a seemingly pointless universe. This is the most we can give out without spoiling the plot. All in all Ad Astra is a very fine movie and worth a watch for any and every space enthusiast out there.

If you enjoyed watching Superbad and South Park, where youngsters talk like adults and aren’t much offended by crude humor, then Good Boys needs to be on your watch list. The plot revolves around lifelong friends Lucas (Keith L. Williams), Max (Jacob Tremblay) and Thor (Brady Noon). We witness their friendship struggling at the beginning of 6th grade when Max loses a drone belonging to his dad to a pair of high schoolers. The plot accelerates as the boys try to get the lost drone back in order to attend the party of a lifetime. As we watch on, we get to witness elements of raunchiness and innocence combined, and cannot help but adore the young cast. If you are in for watching a hilarious comedy, Good Boys will surely satisfy you.

This movie is not what you would expect from a typical Tarantino film. That being said, Once Upon a Time in Hollywood blends perfectly with Tarantino’s style of cinematography. As audiences, we get to see a lot of bare feet shots and portrayal of overwhelming love for cinema, even though the movie is visibly less verbose in comparison to the other Tarantino titles. The story follows the lives of Rick Dalton (Leonardo DiCaprio), Sharon Tate (Margot Robbie) and Cliff Booth (Brad Pitt), drawing us into the lives of an actor, a rising star and a stunt man, as we get involved in their everyday routines and their lives in general. Putting it like that might make it look like something boring but in actuality, the effective depiction of their lives keeps us entertained throughout the movie. Don’t believe us? Then it’s about time you watched the movie for yourself!

The very first act of this movie might leave a disturbing impression on you and also trigger the thought of quitting on it, but director Jennifer Kent did have a bigger purpose in mind than simply impressing her audiences. She wanted to portray the heights and the depths of vengeance and how every person involved in the cycle ends up dying; either physically or emotionally. The movie actively speaks against white supremacy suggesting colonialism is and always was a disaster. While the movie might leave you traumatized, it does tend to make you feel empowered by its depiction of empathy and the depth of thought involved, thereby making the overall experience worthwhile. The cast of the movie might not be that well-known but they do deserve a round of applause for the incredible justice done to their roles. If you are looking for a dose of reality and aren’t afraid to watch meaningful visuals depicting the same, you should watch this movie.

The Spider-Man movies have made a very pleasant contribution to the Marvel universe. The recent installments, Homecoming, and Far From Home effectively present how an outsider may feel in a world filled with superheroes i.e. The Avengers. If you wonder as to what happened in the aftermath of Avengers: Endgame, this movie will definitely satiate your curiosity. The plot revolves around our Spiderman, Peter Parker (Tom Holland) who has to constantly struggle with his responsibilities and individuality while surviving the powerful shadow of his former mentor and friend, Ironman (Robert Downey Jr.). All this is complemented by an interesting new villain, making it a fine and enjoyable movie for your viewership!

All the above-discussed titles have either recently been released or are set to be released in the near future. Be sure to check them out. We can promise that from among this set of select movies, a few will definitely stimulate your interest! 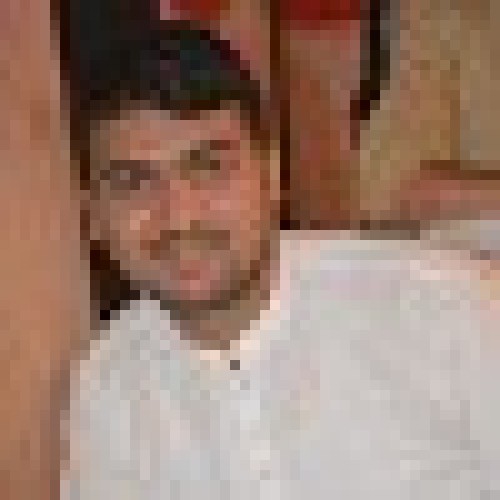 Rashid Ameen
A Blogger, Social Media Lover, and an all-around Digital Marketing Guy. Get back to me at Officialrashidameen@gmail.com