What Are The Most Relevant Types Of Programming Languages?

If you are thinking of learning to program, you may have doubts about which language may be the most appropriate. Programming is a skill that gives you greater employment opportunities. And there are different types of programming languages, so you should inform yourself well before deciding on one.

Today we are going to explain to you what are the most popular and most used types of programming languages ​​today? 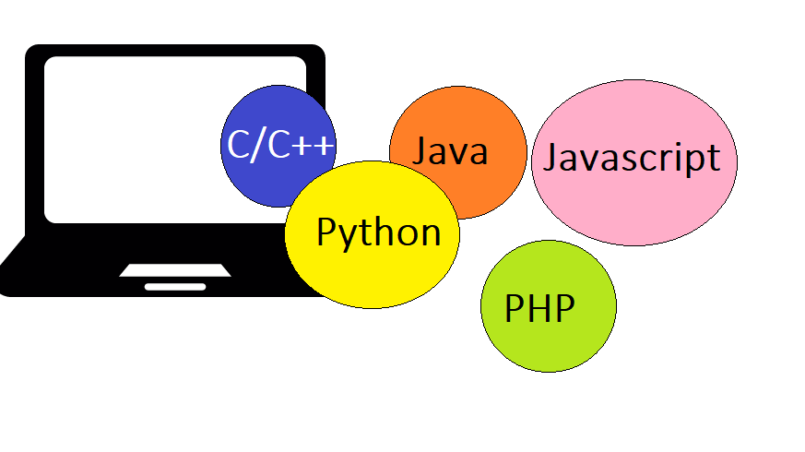 Types of programming languages ​​and the different frameworks

Programming languages ​​are a type of code with which we can communicate with a machine through a series of logical instructions, writing sequences of orders and algorithms. There is a wide variety in the types of languages ​​based on different computing paradigms that we explain below.

This is one of the most widespread types of programming languages ​​today, due to its simplicity and its ability to be executed on multiple platforms. It is an object-oriented language, a paradigm with multiple advantages such as reusability or maintainability.

It is a simple language to learn and ideal for anyone who is starting in the world of programming. It includes a multitude of libraries, which will open a whole world of possibilities. It has different frameworks such as Spring MVC or Java Server Faces, which is the official framework of Sun Microsystems, the company that develops and markets Java.

Like Java, it is another type of object-oriented programming language. It is a robust language that also creates compact programs. Although it is not a cross-platform language such as Java, it has compilers for different operating systems, which represents advantages in issues related to program portability. Being such a used language, you will find a wealth of information and multiple guides on the internet to learn everything you need to know about its use.

This is a markup language that allows you to develop web pages. It is multiplatform and allows for infinite possibilities. It makes it possible to incorporate videos and animations, which gives dynamism to websites. The incorporation of audiovisual elements is simple.

The user experience improves markedly due to the dynamism it provides. It has compatibility with all browsers, so you won’t have to worry about anything. It is also optimized to work on mobile phones and has code created to be read by search engines, which improves web positioning.

It is a language that greatly simplifies programming and it is also very easy to familiarize yourself with its syntax. It is used in multiple areas, such as websites, networks, artificial intelligence or data processing. It is shorter and requires fewer lines than other languages ​​such as Java or C ++. This is behind a large community that supports and promotes it.

It is a graphic design language to create and define the presentation of a document written in a markup language, such as HTML and XML. It works through modules that allow you to change the look of a website, being able to customize it in multiple ways. It allows creating designs that adapt to each screen. With it, you can create animations and transitions, which allow you to add more interactivity and you don’t need specific software to encode in CSS3. It is free, so you will save a lot of costs, in addition to allowing you to save time by being quick to generate.

It is an interpreted programming language that offers multiple advantages when creating functionalities on a web page. It is very fast and its functions run at full speed since you do not have to wait for the response from the server. It offers great simplicity, which can be learned and implemented simply. The code, when executed from the client, reduces the server load.

It is a general-purpose programming language, developed to program web pages on the server-side. It is generally used to create home pages with the possibility to insert a username and password, create forums or image galleries. It works on all platforms without a problem. It allows creating dynamic web pages, which stimulates the participation of the users and, therefore, the traffic.

New technologies dominate our lives more every day. Therefore, programming-related skills can open doors for you in the professional market. Also, the development of front-end programming has made it easier to interact with the user every day.

In conclusion, there are multiple types of programming languages. Here we have explained the most popular, but if you search on the Internet you will find many more. Each programming language has its advantages and disadvantages. If you doubt which one to choose, simply research and choose the one that suits you best. In the worst case, you can always learn another and it will serve as a basis to begin to understand how the abstract language of computers works.