Why You Should Play WoW Classic? 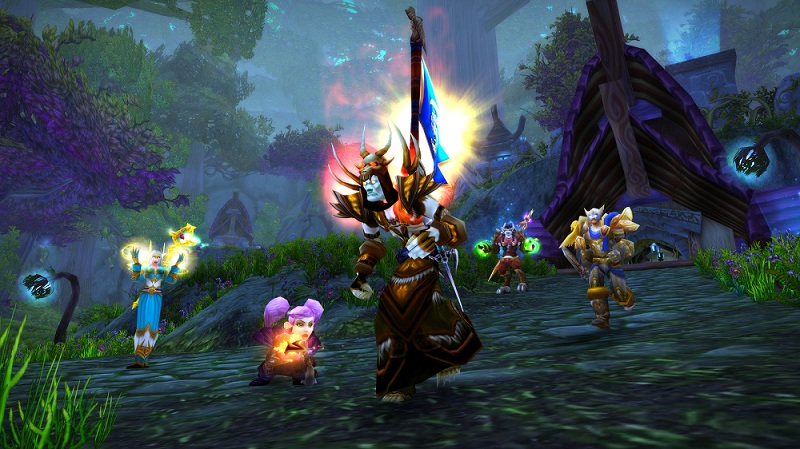 What is Wow Classic?

World of Warcraft is a video game saga created by Blizzard, with titles in our database since 2005 and currently has a total of 10 PC games.

Why Should You Play WoW Classic?

I love MMORPGs. I played them for most of my life and have spent tens of thousands of hours inside virtual worlds.

So, when they announced World of Warcraft was coming back straight from 2004, I couldn’t wait to play. Today I am going to share the opinion ad I’ve been playing this game solid for the last week and now I’m happy to tell you the reason behind playing WoW Classic.

The Reasons for Play WoW Classic:

It’s hard to underestimate the cultural impact the original World of Warcraft had on the MMORPG landscape. From humble beginnings as a Realtime strategy to the global Titan of the world’s most popular MMORPG. World of Warcraft was the gold standard and because of this, every other MMORPG aimed to be the WoW killer.

To dethrone the king and take their place as the MMORPG god. Many have tried and a few even came close Guild Wars 2 Final Fantasy 14 even old school RuneScape did a good job. But none of them could knock Warcraft from its pedestal.

So it’s somewhat ironic that Blizzard themselves decided to step up and do the impossible the one thing no other company could do. After 15 years they made the wow killer and it was none other than WoW Classic itself.

The truth is Blizzard never believed in classic from the start the now-infamous you think you do but you don’t quote shows what the developers and designers thought of this re-release. The potential for success was extremely small early reports showed Blizzard expected 200,000 people to play classic at the absolute maximum.

The servers and resources were allocated to just about support. On world release, day and the few days after conservative estimates say they were strained under the weight of over 2 million logging in to grind bores in the forest.

classic Wow absolutely obliterated all expectations and has been suffering from success log in queues of over an hour full world and more filling up daily.

When this was released there was even a queue to buy a subscription that’s a queue to pay for a queue. Even players falling in game queues to pick up quest objectives or kill rare mobs. This truly is the most played game right now.

and if you want to experience the journey through Azeroth with everyone by your side and at your level now is the time to join.

The journey not the end game:

I’ve been playing almost non-stop since release I’m a human mage over on the noggin Frogger PvP server and I’m level 17.

Now too many MMORPG players the very idea of playing for a week and not being max level endgame rating is just unthinkable but bear with me and let me change your mind about why this is brilliant.

The level cap is 60 instead of the current retail of 120 and all this is ok because we managed to finish the dead mines with a level 14 mage and a level 16 warrior tank.

Levels in this game are all achievements whether it be level 2 or level 60 there is always something to do in the game without being at the endgame.

Classic does harken back to the days when an adventure was about the path you were taking not the place you were going.

it’s the same mentality as Lord of the Rings tabletop Dungeons & Dragons or cheesy adventure films like Pirates of the Caribbean or The Mummy the journey you go on the people you meet and the enemies you kill are the game.

Ragnaros for all us average players will be this ancient unkillable evil for months and that’s fine it creates this atmosphere of actual danger and slow-paced progress that truly feels rewarding every time you level up or find a new item.

You won’t want to rush to 60 that’s not what classic is about and if you’re thinking no one will take you to dungeons unless your higher level or have better gear and drop a PM in WoW Classic boosting.

We will happily boost your gaming experience.

WoW Classic is for those people who have enough patience. Rushing to achieve the level is not wrong, every new player does that. Keep playing and acquire all those levels.