Cybercrime, spies, and intrusions are all over the place as soon as your computer gets connected. Virtual private networks (VPNs) have been the cornerstone of secure remote connectivity for nearly twenty years. Although they’re nearly as old as the Internet itself, they are a technology that keeps being updated to keep up with the times. Legacy architectures have been improved, and especially today, with so many prying eyes trying to violate your privacy, VPNs are a necessity more than a luxury. So let’s not wait any further and have a look at what is a VPN. 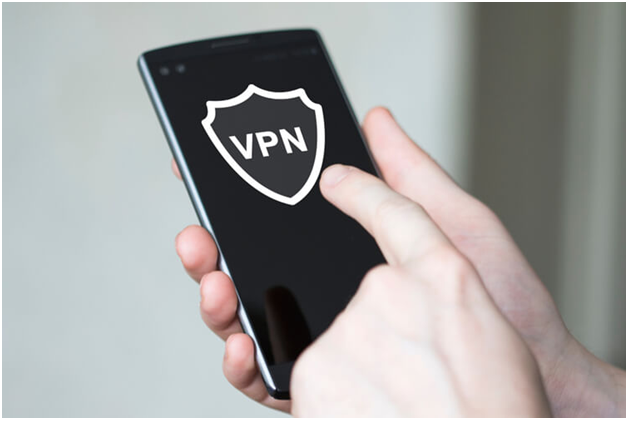 What is a VPN and how does it work?

A virtual private network (VPN) creates a safe and anonymous connection between you and the web. A private network is generated from a public internet connection so that your traffic is encrypted, protected and anonymized. Any information that could be used to trace you or your activities, such as your Internet Protocol (IP), is covered so that no one may know what you’re doing, which sites you’re browsing, or what data you transferred.

Technically a VPN works by installing a specific software on your PC. There are many vendors out there that offer different services, different prices, so it’s better to check them all and read VPN reviews before choosing the one that perfectly suits your needs. The software encrypts all data in transit and then sends it to a VPN server through a secure connection.

Encryption works by scrambling your data with additional codes, microdots, or images to transform plaintext into an unreadable ciphertext. Once there, the data is decrypted by the VPN server and then sent to the recipient. This process works both ways, so all traffic meant for you is encrypted before it is received. It is a sort of data tunnel between your computer and an exit node in a different place. This form of connection is the safest you can find and guarantees better privacy than even a secured Wi-Fi hotspot.

Why is a VPN useful for your business?

Whether you’re a private user or a business owner, chances are you want to protect your data since it’s valuable enough. Especially if your company is mostly made up of remote workers, everything you transfer over the web is at risk – just like traversing a dangerous river filled with pirates with a ship full of precious cargo.

Encrypting the data that you’re transferring is usually one of the most basic forms of protection to safeguard your assets. VPNs are usually set up to encrypt all data that is moved, so that even in the unfortunate event that some malicious actor stoles it, they can’t use it in any way since it’s protected. Following the ship example, they’re stealing a titanium safe they have no way to open.

The biggest advantages of choosing a VPN are:

If you use a VPN, your IP address and location are not visible anymore, so nobody may know who you are or where you live. No government officers or third parties will ever know what you do, regardless of their intentions and purposes. You’re just as anonymous as you’re supposed to be when you browse the Internet. Many private browsers aren’t private at all, and if your browser history is not hidden, your service provider may be able to sell it for commercial purposes. You may have a lot of reasons to keep it private. For example, you may suffer from a condition you want to keep private, but if you start looking for treatment, a lot of “targeted ads” may attract unwanted attention later on.

Depending on the nature of your transactions, making sure that data is not corrupted during transfer may be particularly important. Cryptography and encryption ensure that your data is protected during transit. This is especially important to keep cybercriminals and hackers away from your stuff, as well as guarantee that your vulnerable data is never compromised. A VPN is especially important to prevent identity theft. Every time you provide your private information such as filling a form with your family name, bank account, or credit card, this information may be stolen. The less they know about you, the harder it is to clone your virtual persona. If you’re on a public Wi-Fi network, using a VPN is just as important as getting your vaccines before traveling to foreign countries.

If you need to handle sensitive data (such as medical records, financial information, government data, etc.), using some form of encryption is usually mandatory. Many laws are in place that mandate the use of secure means of transmission of sensitive data, and the encryption tunnel is among them. If you violate them even accidentally or because of a malicious actor, you may be forced to pay hefty fines and face civil and criminal liability. If your business needs to be compliant with regulations such as GDPR, HIPAA, SOX, GLBA, HITECH, PCI DSS or other laws, a VPN can be the optimal solution.

Depending on which country you live in, many websites and online services may be blocked due to censorship or local laws. Without going into the merits of such laws, a VPN can guarantee that your individual right to freedom is respected. By using different IP addresses, you can dodge censorship, and access any website that may otherwise be restricted. Also, many streaming services enforce data or speed throttling which may negatively affect your services. If you paid for it though, you have all the rights to enjoy that service to its fullest, regardless of which place you live in.

Is the government spying on you?

Security is not the only reason why you may want to use a VPN. Privacy is, in fact, a very rare commodity nowadays, and you definitely want to protect it. When the Internet grew into a mainstream technology, people across the world saw it as a unique opportunity to free people from the lies they’ve been told for centuries by their government. Absolute and unrestricted freedom of speech was the cornerstone of the world wide web, and information started flowing back and forth without no filters whatsoever. However, when too many people know the truth, things may get sour for those who hold the power. Many less democratic countries quickly identified the Internet as a threat and started restricting its access or, at least, began massive campaigns of espionage to control even normal users who could be indicted for seditious conspiracy or even terrorism.

Eventually, even Western nations who always boasted the importance of the independence of their media (such as the United Kingdom, the United States, and most European countries), realized that too much freedom of speech can be a danger. Even those “democratic governments” felt that the Internet could endanger their entrenched privileges and interests, and started poking on people’s privacy. Mass surveillance programs were launched in Canada, Australia, France, Germany, China, Russia, and a lot more countries – too many to name them all. In the United States alone, millions of ordinary citizens have been recorded during their daily activities by the illegal dragnet surveillance of the domestic communications since at least 2001. If you think this to be too hard to believe, just check this timeline or Google for info on your own. The truth is out there, you know.

In this dystopic scenario, only a fool would keep believing that his privacy is respected and guaranteed by the government. And if you’re thinking “but I’m not a terrorist, I have nothing to fear”, well, you may never know what kind of information can be used against you in the future if something bad happens. And after all, why you should let a government officer put his nose in your personal affairs? Having a VPN is probably the best way to keep your private stuff, well… private, and hidden from the prying eyes of some overzealous anti-terrorism unit.

What can a VPN hide in practice?

At this point, the most obvious question that you’re probably asking yourself is “what does a VPN hides from those people who want to spy on me?” Here’s a quick list:

Using a VPN provides you with a lot of benefits that will make your online experience so much better. You can search the web anonymously while maintaining your online privacy, avoid becoming an easy target for cybercriminals, stay compliant with national and international regulations, and enjoy your personal freedom. Even if you’re not a candidate for government surveillance, a VPN is an important instrument to protect internet freedom, and ensure that your data and your organization are protected at all times.