What will Razer 2 bring to gaming

There’s been a lot of commotion over rumours surrounding the Razer 2, which Razer is touting as the ultimate gaming phone. The Singapore and San Francisco based company has been creating high-end gaming peripherals since 2005, and their foray into the smartphone market was seen as a welcome surprise by fans of mobile gaming. 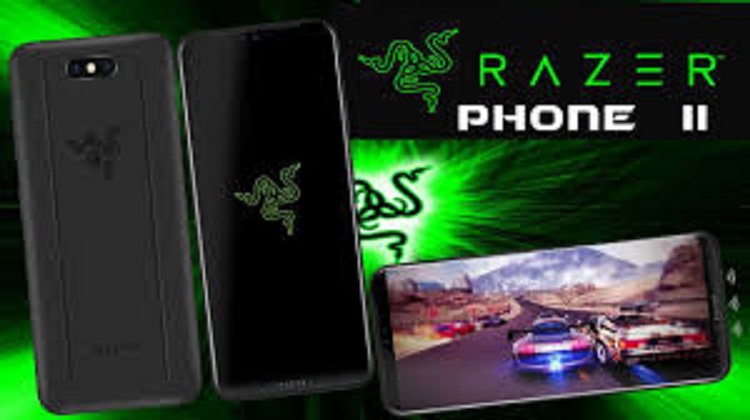 When the original Razer Phone was released, it touted the Snapdragon 835 chipset, an Adreno 540GPU, and a massive 8GB of RAM – these specs are a bit standard in high-end flagship smartphones. But the Razer Phone’s 5.7” LCD screen also had a 120Hz refresh rate, which was seen as a kind of miracle for the market, especially for mobile gaming.

The original Razer Phone didn’t escape its share of criticism – the camera, in particular, was seen as fairly lackluster for a $700 smartphone. Razer responded to this criticism by saying that they focused on the gaming experience exclusively, so things like the camera fell to the wayside – but they did push out a large software update that addressed the camera.

With that in mind, there’s a ton of rumours flying around about the Razer 2’s hardware specs – numerous “sources” are saying the chipset could be upgraded to an octa-core Snapdragon 845, and pack somewhere between 10GB to 16GB of RAM (a bit overkill, honestly, but why not?). This is all rumour, of course, as Razer has been fairly tight-lipped about the device, though a “leak” suggests that the Razer 2 will be released around the end of 2018.

The most interesting rumour is that Razer will coincide the release of Razer 2 with its Project Linda, a laptop dock specifically for the Razer phone. Basically, the Razer phone will function as the laptop’s touchpad, and allow you to seamlessly play your Android games on the laptop. This is an immensely interesting concept, as Android games have become markedly advanced lately – we could see fully fledged MMOs and first-person shooters comparable to PC titles being powered by Android devices (at least, that’s what Razer is banking on).

This is where things get interesting – because Razer’s current prototype is simply a modified Razer Blade Stealth laptop. Razer’s plan, however, is for the laptop to be stripped of internal CPU / GPU components, and be integrated with the Razer Phone – basically, when you dock the Razer Phone into the laptop, the Razer Phone will become the laptop’s CPU, GPU, and touchpad. Man, all that tech just so I can play combat reloaded in a browser.

Razer’s only hurdle is answering exactly why people will want this. You can already connect smartphones to various screen displays using USB to VGA / HDMI adapters, and the idea of the Razer Phone becoming a laptop touchpad for gaming doesn’t sound particularly awesome, as most gamers prefer an actual mouse over a touchpad – oh wait, Razer makes high-end gaming mice! Now I see where this is going.

No, sorry, I don’t mean to sound cynical – I’m actually using an old Razer Abyssus mouse right now as we speak, and it’s been my main mouse for nearly 7 years across 2 computers and 3 laptops. 3500dpi/1000Hz polling rate gives me sick reaction time Snake.io. But we’re getting off point – Razer wants their phone to power their laptop, and possibly sell you mice when you realize that touchpad gaming on a laptop is really clumsy. Which means that the phone-as-touchpad will possibly have other uses – such as using the phone’s screen to display in-game information.

As for the Razer 2 itself, whether or not it will truly coincide with Project Linda, details around the phone are hazy at best. We’re simply left to speculate for now what the Razer 2 will bring to gaming, but it’s not hard to theorize what the landscape will look like:

In any case, the Razer 2 is highly anticipated and if it’s released in September 2018 as sources indicate, a lot of kids are going to have a pretty good Christmas.