What Powers Bitcoin – Reason For Its Massive Success 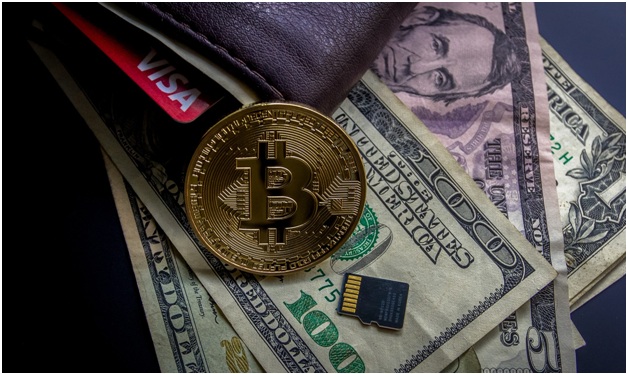 We can confidently say that 2017 was the year of Bitcoin! Starting from early 2015 Bitcoin started growing massively and in 2016 it got attention of almost whole world, every companies and individuals and started growing rapidly.

It took 2017 by storm and was the hottest topic for the whole year, breaking records after records every week and was shaking world’s economics and trading markets.

It’s 2018 now and Bitcoin is still a hot topic, increasing the price dynamically and still worth thousands of dollars.

Such success and rapid growth is really very unusual and caused many people to sell houses and cars to invest in Bitcoin, many websites and online shops added Bitcoin as their primary payment method and many large countries including China served it as approved payment currency for any official purchases.

With so big success of Bitcoin it opened the way for many other cryptocurrencies and we saw number of them including Litecoin, Etherium, Dash, Ripple, Zcash, Monero and many countless others.

Some succeeded a lot and brought in tons of money, others failed soon after coming out and couldn’t keep up with the competition.

The question in everybody’s mind- what was the main reason behind Bitcoin’s huge success? The major reason behind its success is simply that it was the first cryptocurrency that offered flexibility, security and independence that no other currencies could ever offer.

It is fast, easy and very cheap to send and receive Bitcoin, it took away additional fees and all barriers those other currencies and services had.

Bitcoin price is dynamic and changes with market demand and available supplies. That means more requests for Bitcoin is equal to more and more price as long as it’s still available. As it is crypto virtual currency, it’s easy to generate new Bitcoins in real time, so there will never be problems with Bitcoin availability.

It can’t be controlled by one person, company or even country! No matter how much money you have, if you try to buy all Bitcoins, even if you’ll do it as fast as possible, still in the process its price will grow so much that still nobody will be able to buy it.

The main reason why Bitcoin could do everything without having huge expenses and without being controlled by third-party authorities lays behind its technology.

Probably you haven’t heard for the first time that Bitcoin and other cryptocurrencies are based on Blockchain technology, that’s what allows them to be super flexible and secure, available for everyone and free from any manipulation and hacking/cracking or malicious attacks.

Blockchain technology is the future of the world that did something nothing could do before – change the way how the whole security systems and internet works in just few years from releasing.

In simple words that’s how Blockchain works and why it’s so secure and inexpensive:

Blockchain is just a set of blocks each containing read-only information (scripts, Smart Contract, data…), connected chronologically with each other using “chains”, and whose of this set served in cloud connected with thousands of computers from all around the world.

After a block is created and information is included in it, it can’t be edited nor deleted, even the root administrators with all and every privileges can’t affect a block and it’s available for everyone to be seen and read.

Block can only be added at the end of the chain and it can’t replace any existing block.

Also, it’s required to be confirmed by every computer in the network and each computer runs complex algorithms and mathematical formulas to check whenever block is valid and safe.

This way, it’s extremely hard for hackers to crack Blockchain system as it’s necessary to hack each and every computer in the network for the crack to work.

When we are talking about thousands of computers all connected to each other, it’s impossible to hack all of them and inspect malicious block.