HomeTechnologyWhat Is Delay And How To Choose A Great Delay Effect For...
Technology

What Is Delay And How To Choose A Great Delay Effect For Your Guitar?

There are plenty of options for musicians when it comes to delay effect. In this article, we will learn about each type of delay and how to choose a great delay effect for your guitar.

What is a delay and what are the most common types of delay?

When you make a sound repeat at a later time, it is called a delay. There are several methods of doing this, but the three most common are acoustic delay, mechanical delay and electronic delay. And we will be learning about them in this article.

Imagine when you yell bad words or want to scream into the Grand Canyon and then you hear the sound come back after a few seconds. Acoustic delay is what allows it to happen. It is the speed that sound move through the air. This kind of delay is also considered as “echo”. Also, when you play your guitar through an amp without any effect in a large room, you will notice this delay.. 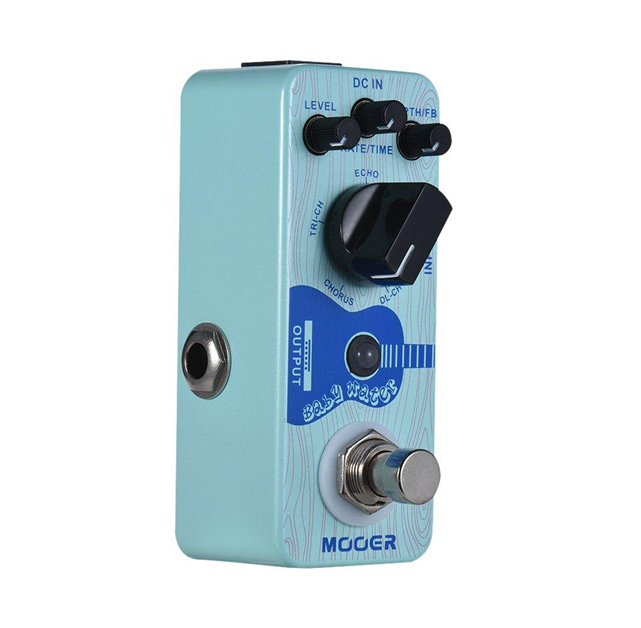 To make it simple for you, the formula of acoustic delay is that speed travels about one foot per millisecond. Which means you can hear a short echo when you play a note and mute it quickly. It is similar to the distance from your amp to the far wall and back to you. In many rooms, these echoes will sound more like reverb because they are so close together. A good example of this is the Mark Hollis’ guitar on “Runeii” by Talk Talk. It comes from album Laughing Stock in 1991. The Mark Hollis’ guitar was recorded in a giant studio room that used to be a church.

Compared to acoustic delay, mechanical delay is more common. These range from delays are known to record the sound to an analog tape, metal disc, and oil cans. Some people might think tape machines are electronic with magnetic storage, actually it is the mechanical aspect that we can use to create a delay.

Normally, a tape machine will have at least three tape heads. The first one is capable of erasing, you can use the other to record and playback, and the last one is for playback only. You can play back the tape at certain speeds measured in inches per second. The delay time is similar to the amount of time it takes for one point of the tape to travel from the record head to the playback head.

Pioneering guitarist Robert Fripp is the one who employed a unique use of this technique. He expanded the idea into what he called “Frippertronics”. This tape delay includes two tape machines. You can record sound on the first machine, and the tape is spooled onto the second machine for playback. In this case, the delay time is changed by how far apart the machines are from each other.

If you don’t have your own tape machine, don’t worry. You can find a lot of stomp boxes that simulate this effect quite well. There are also plenty of multi-effect pedals and even built right into many guitar amps. 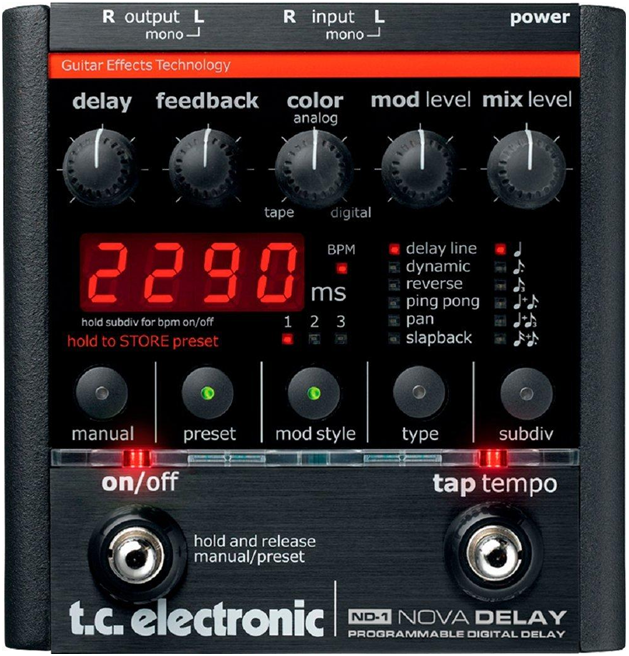 These types of delay can be considered as the “analog bucket brigade” delays which refers to the vintage-style analog delay pedals. Also, you can see them as the “DSP” digital delay types.

The way how “analog bucket brigade” delays work is very similar to tape delays. However, the signal is recorded to memory chips instead of recording to magnetic tape. The signal of the first chip will be passed to the second, which passes it to the third, and so on. The delay time doesn’t rely on physical placement of tape heads, it is the rate at which the chips pass the signal from one to the other and also how many chips in total that they go through.

Likewise, digital delays work similarly, but the digital delays allow you to set very precise delay times. By this I mean you can easily set the delay time to the tempo of a song, you can find that it will stay in time perfectly. If you are looking for guitarists who do this, there are a few including U2. Find the song “Where The Streets Have No Name”, you can enjoy the perfect delay time. In addition, the Edge is using a delay time that makes it sound like he’s playing double the amount of notes. He can also create a huge sound that makes you feel like you are hearing many guitars playing at once.

What is feedback and modulation?

Every guitarist that uses delay, they play notes that repeat multiple times before fading away. This is called feedback. It has the same concept with the same ear-splitting idea that you may be familiar with. You can easily recognize it as it will be labeled “feedback” or “repeats” on most delay pedals. This makes the signal delay again by circling the output of the effect unit back to the input. If the repeats (or feedback) control is set more aggressively, it will get sent back through the effect more times to repeat before fading out. By using this, you can create long trails of notes and make a guitar solo sound bigger. If a guitarist uses enough feedback, he can make a note last forever. 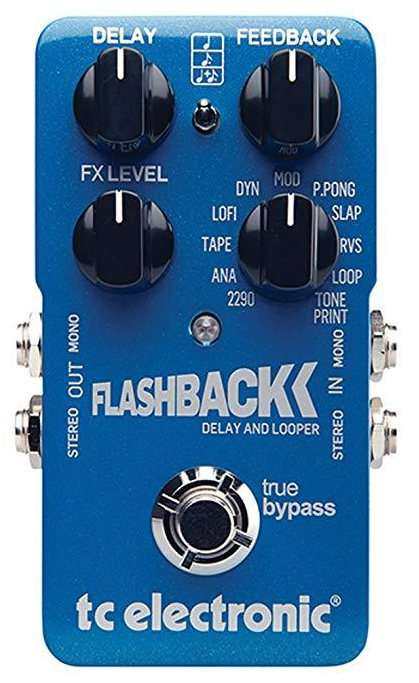 Modulation can be used to alter the pitch of the delay repeats/ Ph: Amazon

On the other hand, the other control that you see on delay effects is modulation. When  your guitar is played through a delay with a lot of repeats, you can find that the sound builds in volume and louder. In other words, modulation means “change”, and you can use modulation in this situation to alter the pitch of the delay repeats or delay time slightly. As a result, the delay sound can blend better with your original guitar signal. In addition to that, it can add a nice thickness to the tone or for more psychedelic expressions, it can be exploited at the extremes.

What is the great delay effect for your guitar?

Delay can add new dimensions to your sound by creating extra texture, or giving the illusion of other guitarists. Among plenty of effects, you might be familiar with delay pedals. You can find the echo effect that delay pedals create on countless songs. They are also useful in plenty of different ways.

It is hard to find the great delay effect for your guitar. Some guitarists choose analog delay, while some others want the precision of digital. They also have different prices depending on the manufacturers. There are more and more manufacturers, so there will be more effects options for you to choose from. By knowing each type of delay effect, you can decide which one you prefer and that it suits you best.

In conclusion, you can do whatever you want with delay, either turning the repeats knob all the way up or cranking the modulation knob until your guitar is a warbly sci-fi raygun. Also, no one can tell you that you are using delay in a right or wrong way, it all depends on your imagination. As with any effect, there is no “best” product. It is about what creates a perfect tone. By knowing the difference between those types of effects, it will be easier for you to find the great delay effect for your guitar. Learn more about delay effect on https://musicalstudy.com.